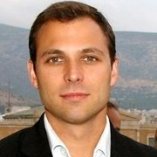 A digital currency called Ven, which is based on a basket of currencies, commodities and carbon futures, is poised to give alternative currency poster child Bitcoin a run for its virtual money.

Launched in July 2007, Ven’s unique selling points are that it is the first digital currency to float, meaning it is actively traded against other currencies at floating exchange rates; and it is also the first to include carbon in its pricing, a feature designed to make it an “environmentally friendly” currency.

Ven has just listed on London FX trading venue LMAX Exchange, an independent MTF set up in 2010. Ven is widely used on social network Hub Culture, which describes itself as a global collaboration network and which acts as the ‘Central Bank’ of Ven. Hub Culture was founded in 2002 – although the currency actually first appeared as an application on Facebook.

At present, anyone wishing to access Ven directly via its official website will need to apply for a Hub Culture membership. Hub Culture is an “invitation only” community, so would-be Ven traders applying without a reference from an existing member will need to tell the website about themselves and  their reasons for wanting to join the network. With global membership at 25,000 people, the website clearly isn’t aiming at becoming the next Facebook.

For those lucky enough to be invited, membership is free. Otherwise, membership upgrades are available to use some areas of the website, including ‘Pavilion’ projects which take place in various cities. Members can either pay in cash or ‘earn’ these costs by contributing knowledge to others. Knowledge deals are done at three levels – exchange, services and brokerage. Hub Culture says its goal is to bring “stable global pricing, transparency and carbon-inclusion” to trades.

The Pavilion contains featured items, such as the opportunity to invest in a Bitcoin-Ven combined virtual currency fund with a minimum investment of 10,000 Ven. There is also a Store, where users can buy from various categories including contemporary art, classes, events and tickets, climate deals, causes and many other options such as villas and stays, valet services, finance and funds and wine investments.

“In the financial markets, Ven offers a new way to approach and settle international transactions with greater stability, efficiency and social benefit,” said Stan Stalnaker, founding director at Hub Culture. “We believe Ven will help people transact in a direct way with a single price for goods and services and an embedded environmental benefit with every transaction.  We are delighted that LMAX Exchange is the first regulated MTF to list Ven and see this as a significant step in the growth of what we believe will be a serious financial instrument going forward.”

Perhaps the best-known virtual currency is Bitcoin. Founded in 2009 by developer Satoshi Nakamoto (a pseudonym), Bitcoin is a peer to peer digital currency. Despite the fact that it is not currently used by any major bank anywhere, the currency has become a talking point for financial services firms, and spawned numerous imitators and competitors, including Amazon Coin, Litecoin and Peercoin. The currency has been slightly tainted by its indirect association, through its users, with illegal websites of the ‘dark internet’ such as Silk Road. However, the controversy has not stopped its rising popularity and commercial value. At the start of 2013, a single Bitcoin was worth less than $20. By the end of November, one Bitcoin was worth $1,000.

David Mercer, chief executive at LMAX, added that Ven is the first digital currency the exchange is listing, but that it is also “by no means the last”.