Mainellli: “Trade and industry associations have a huge amount to do, as do the standards bodies.”

According to Dan Palmer, head of market development at the British Standards Institute, the financial services industry is a “relatively modest user of standards” by comparison to other sectors.

Looking at the figures, that is a relatively modest way of putting it: the International Standards Organisation has published 51 standards covering financial services since 1948 and has 21 in development, compared to 285 and 64 for the marine and shipping industry since 1947.

The BSI feels that it is “not as close to the financial services industry as it would like,” said Palmer. “We need to be listening to and working with the industry.” As part of this drive for greater engagement, the BSI is setting up pilot projects to demonstrate the role of voluntary standards.The work has kicked off with a report carried out by London-based consultancy Z/Yen for the BSI with the support of the Chartered Institute for Securities and Investment.

Launching the report, Backing Market Forces: How To Make Voluntary Standards Markets Work For Financial Services Regulation, Professor Michael Mainelli of Z/Yen said that he and his co-researcher, Chiara von Gunten, were “stunned” by the positive response from the industry when conducting the research, which suggests an appetite for voluntary standards, though he comments: “Six years on we don’t seem to be responding to the crisis quite as aggressively as they might in other industries.”

The key thing, says the report, is that standards markets are voluntary, typically industry-driven, alternatives to regulation through legislation, as well as an alternative to a purely free market approach. Standards aim to increase trust in markets by seeking improved quality while reducing risks: “While regulation is imposed and typically controlled by a quota of time or resource, a standard may emerge from market choice. Standards can complement regulation while still supporting competition. Standards are part of markets. A ‘standard’ is an authoritative principle, rule, model, pattern or procedure used for guidance in assessing something, by comparison with which the quantity, excellence, correctness, or other criterion of the thing is assessed. Some definitions of ‘standard’ include the idea of a universally agreed set of guidelines for interoperability. The military emphasise usability; related concepts include benchmark, criterion, gauge, measure, comparison, touchstone or yardstick.”

ISO defines a standard as “a document that provides requirements, specifications, guidelines or characteristics that can be used consistently to ensure that materials, products, processes and services are fit for their purpose”.

There already exist such things in the financial services industry – ISO 22222 for personal financial planning, the BS 8453 financial services compliance framework, ISO 27001 for information security and the ISO 20022 universal messaging format – but there is not the widespread adoption seen in other industries. 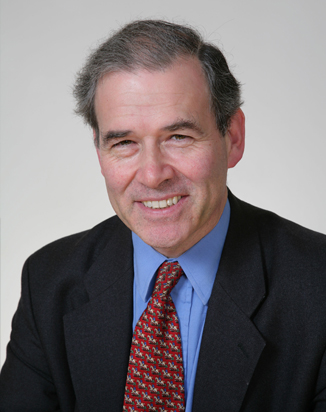 Belchambers: tired of “them and us” relationship with regulators

“The regulators are no more or less aware of standards than anyone else,” Mainelli says, and while they are trying to bring order and stability to the industry for the sake of the wider economy and world order, they may not be aware of standards as an adjunct or alternative to regulation. “Trade and industry associations have a huge amount to do in this area, as do the standards bodies.”

The industry has to engage with the regulators and other bodies to ensure that appropriate steps are being taken and that a balance between codes of conduct, voluntary standards and regulation is being deployed. “It’s easy to blame the regulators – it’s even kind of fun – but it is not necessarily fair,” says Mainelli. “Do they back off and leave it to voluntary standards? That’s a big risk for them.”

relevant to the financial services sector – recognises that many organisations at national, regional (e.g. EU), and international level are involved in voluntary standards development for financial services, including ISO, national standard bodies (e.g. BSI) as well as the Financial Stability Board and other regulatory bodies in the sector. Coordinating efforts and consultations could bring additional benefits in terms of efficiency, but also increase the use of voluntary standards markets in the future.

4. Establish a financial services community around voluntary standards markets – is deemed necessary to build confidence in voluntary standards markets, to encourage participation, and to improve the visibility and credibility of the industry. The community should seek to promote dialogue among regulators, standard-setting bodies, trade associations and professional institutes as well as with relevant government bodies and officials.

5. Efforts should also be devoted to “integrating voluntary standards markets for financial services with wider government policies” in order to increase the attractiveness of standards, improve surveillance and cost reduction of accreditation and certification processes, and to increase dialogue on the promotion of competition and development of markets. This requires regulators to ‘back off’ when voluntary standards markets are working, which in turn should provide a benefit of reduced compliance costs.

The findings of the report, and its recommendations, have been broadly welcomed by the industry. Anthony Belchambers, chief executive of the Futures & Options Association, said that he accepted it with some caveats. “Standards can provide a bridge between stern legislation on the one hand and poorly – if at all – supervised codes of conduct on the other,” he said at the launch of the report. “They can bring industry into partnership – and I am sick and tired of the “them and us” relationship the industry has with regulators.”

His caveats are largely based on the increasing extraterritoriality being shown in the applications of the regulations by some jurisdictions. While it may be possible for the industry to form that relationship with local regulators, it may be a lot harder to do so globally.

Others present at the launch also had caveats. One, an erstwhile advisor to the Financial Conduct Authority, said that regulators have a problem with voluntary standards because they themselves are working under legal direction, reporting to parliaments.

Because of that, he said that the report’s recommendation that the BSI work on pilot proofs of concept “will be crucial” to the success of the concept.

“If you want to impress the regulators, you have to show them that what you are proposing works better than what you already have,” he said.

Others were concerned that pilots might be chosen that address the wrong topics, such as products. “I am not altogether convinced that product design is where the problem lies,” said one. “Most products are suitable for someone – the problem was that they were being sold to someone else.”

Part of the difficulty the BSI and its supporters will face is defining what could come under the ambit of voluntary standards. “You talk about financial services as though you know what that means – in shipping, you want a ship that doesn’t sink – how do you define outcomes like that in financial services?

This is of concern beyond just the financial services industry, and while evidence of the effect of the adoption of standards on the macroeconomic level is hazy, a UK Department of Trade and Industry study in 2005 explored the connections between the development of standards, the associated process of standardisation and the long-term growth of productivity in the UK. Using data on the number of standards published between 1948 to 2002. It found that standards contributed to about 13% of the growth in labour productivity in the UK over the same period.

That has to be an improvement on the implications for productivity and efficiency – to say nothing of sanity – implied by another statistic wielded by Mainelli: “We spend way too much time trying just to replicate other peoples’ measurements –some estimates reckon that 40% of the economy is simply spent checking on each other.”