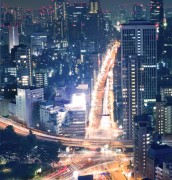 The International Swaps and Derivatives Association has set a date for the first stage of sweeping changes to the ISDAFIX benchmark for annual swap rates, as part of a major global push to clean up rates and make them more accountable.

Established in 1998 by ISDA together with Reuters and broker ICAP, the ISDAFIX provides average mid-market swap rates for four major currencies – the euro, the British pound, the Swiss franc and the US dollar – at selected maturities on a daily basis. ISDAFIX also provides US dollar swap spreads.

However, following the Libor scandal and public concern over rigging of key financial market rates, ISDA has decided to reform the process. The organisation is promising stronger checks and analysis of bank submissions, both by the calculation agent and by the contributing banks, to validate the data that is submitted. Work is under way to establish an ISDAFIX Code of Conduct and an ISDA Oversight Committee, which will focus on internal governance, systems and controls.

ISDA has clarified the definition of ISDAFIX to emphasise that contributing banks should use executable bid/offer rates. The definition includes a table referencing typical contract sizes for each market to provide a reference point for all banks so that they all remain consistent. As part of this effort, ISDA has said that currencies and tenors of ISDAFIX with “insufficient liquidity” in the underlying swap market will be identified and suspended or discontinued.

ISDA has also begun automating and standardising the process, so that from now on Thomson Reuters will collect the US dollar rates in addition to the other currencies it was already handling. The polling window for banks will be reduced to ten minutes instead of the current range of five to 59 minutes. All these changes are being introduced in line with the International Organisation of Securities Commissions principles for financial benchmarks.

“Our ongoing work to strengthen the process, governance and controls for the existing ISDAFIX framework is a key initiative for ISDA,” said Stephen O’Connor, chairman at ISDA. “Changes to the current polling methodology are an important step in this work and will improve the transparency of this important rate-setting process.”

The second stage of changes is still yet to come, and will involve moving from a bank-submission method to an automated model that sources live prices from MTFs. ISDA is still reviewing the technical measures needed to capture live prices, but the organisation has said that “an initial analysis provides strong support for moving to an automated MTF-based submission approach for ISDAFIX”.

Historical data of MTF rates shows that the prices from MTFs are extremely close on average to the ISDAFIX rate. The results demonstrate an average difference of less than 0.02 basis points between the MTF approach and the ISDAFIX rates that were based on the submission approach for the period from January 2012 to June 2013. The target for the transition to a MTF submission-based approach is the second quarter of this year for euro swaps, with the US dollar and sterling swaps following later in 2014 or early 2015.

In June 2012, Libor was at the centre of a major scandal when it was revealed that the it had been used to commit fraud, illegally manipulate derivatives markets and deceive observers about the creditworthiness of various banks, all for the sake of financial gain by corrupt traders at Barclays and others.