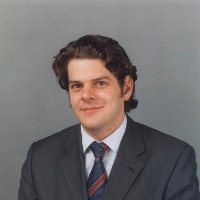 Regulation is driving a structural shift away from capital markets and investment banking towards transaction banking – but even this hint of opportunity could be under threat, according to senior financial services panellists speaking at the BAFT IFSA conference in London this week.

“Whilst the outlook for wholesale banking remains somewhat challenged, we see a positive view for transaction banking, and an opportunity for it to play a central role in evolution of transaction banking and corporate banking,” said Matthew Austen, partner and EMEA head of corporate and institutional banking at Oliver Wyman. “The balance is shifting. Transaction banking should be a real engine of growth, as it is now bigger than capital markets.”

However, Austen added that Basel III is increasing the cost of capital for global financial institutions, leading to significant withdrawal of capacity that could hinder major global banks by tying up resources that could otherwise be invested into opportunities in transaction banking. In response, he advocates a reduction in bank balance sheets and a greater focus on a role as service providers. He also supports taking a radical approach, such as exiting businesses where there isn’t enough scope for the bank to differentiate itself.

“Too many banks have tried to maintain participation in the full spectrum of wholesale,” he said. “Only a few have actually exited businesses – for example, UBS withdrew from fixed income. More of that is required, and more outsourcing needs to happen – for example, outsourcing parts of settlement for FX. There’s a long way to go.”

Austen added that banks will need to reinvent what they provide to corporate clients, shifting their focus onto customer needs rather than the traditional model based on analysing the creditworthiness of the customer.

The supposed shift away from traditional ‘push’ models based on cross-selling ready made products towards ‘pull’ models directed by the customer has been widely discussed for some years, featuring prominently in books such as The New Normal by Peter Hinssen, published back in September 2010. For Austen, the point is that consumers will experience less push and more flexible solutions built around their needs.

However, the opportunity to do so could be further curtailed by a cocktail of regulations, including Dodd-Frank in the US and EMIR in the EU, as well as Basel III worldwide. Austen and other panellists are concerned that the impact on derivatives markets might provide sufficiently damaging to hurt opportunities in other areas.

Basel III introduces a leverage ratio that banks will have to hold against their gross assets, as well as a capital ratio. In December, UK regulator the PRA stated that it expected the biggest eight UK banks to comply by 1 January, while smaller banks will be expected to comply from 2018. According to Caroline Meinertz, senior associate at Clifford Chance, the implication is that transaction-focused banks will need to examine carefully how they offer products, and which entities they interact with, to avoid being hit by the new rules.

“You will have to aggregate all gross exposures and hold a percentage of capital against those, probably calibrated at 3%,” said Meinertz. “This matters for transaction banks because any form of credit risk mitigation, for example on balance sheet netting of deposits, have to be ignored for the leverage ratio. Products like cash pooling, zero balancing and group overdrafts will be hit very hard.”

While fears of a shortage of collateral have been widespread for years during the drafting of these pieces of legislation, the numbers do not make for encouraging reading. According to Clifford Chance, the new rules for cleared derivatives will create a need for $800 billion of collateral. For the remaining uncleared contracts, the picture is even worse: $50 trillion will be required to meet the Dodd-Frank and EMIR requirements. In addition, it has been estimated that Basel III will place a further $1.9 trillion demand on collateral.

“The scale of this is staggering,” said Meinertz. “Netting will be cut back, the demand for collateral will go up, and at the same time we have a shrinking pool. The US and French governments have both been downgraded recently, and the securitisation industry isn’t what it was. The good side is that there will be demand for custodian services to hold all that collateral, so there are opportunities as well as costs.”

Other aspects of the rule changes include the effect on payments. In July, the European Commission published its Payment Services Directive II document, which aims to increase transparency in the payments system and ensure a level playing field for all participants. The document introduces a new category of service, the third party payment service provider, which is defined as an entity that provides an online bridge between a merchant for example and the online banking platform of a customer. According to Meinertz, while this is good news for a consumer, who can use it to pay with a single click, and also good for the merchant who receives instant confirmation, it may be problematic for the banks affected.

“To facilitate the payment, the bank has to allow TPP behind the bank firewall,” she said. “That’s a security risk, and it’s a liability issue. The liability regime under PSD currently is very confused. What’s expected is that bank would be liable to the payer for any incorrect transaction, even if a TPP is involved. There’s going to be a lot of debate on TTP and how banks will deal with it. None of this is yet set in stone, but banks will have to think about this new liability issue and whether it affects their pricing, which may be passed on to the customer.”