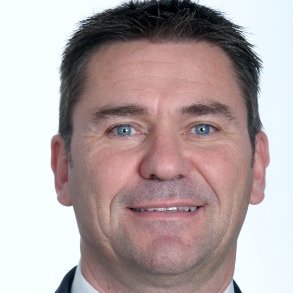 Wrapping up all of the reference data a large global bank needs and making sure it is standardised, automated and ready for the regulator is a big task. Japanese bank Mizuho International has just installed an EDM service from vendor GoldenSource, which it says will help to support trading and satisfy the regulator.

Mizuho International is the London-based securities and investment banking arm of Mizuho Financial Group. The company was looking to improve its trading and reduce its risk, especially compliance risk, by revisiting the way it handles data. Historically, financial institutions had typically managed information on counterparties and information on securities separately as they belonged to different parts of the bank. Bringing counterparty reference data together with LEIs and securities data was at the core of the project, according to Neill Vanlint, GoldenSource managing director for EMEA and APAC.

“To be able to supply reporting to regulators under EMIR and Dodd-Frank on OTC derivatives for example, you need to link up an underlying instrument, which is traded between two counterparties which have legal entity identifiers, via a central counterparty, and having disparate sources for that data makes it really difficult,” said Vanlint. “It’s really about pulling together the reporting end rather than the data management end.”

The GoldenSource 360 EDM platform was put in to essentially gather all the data into one place, automate the process and ensure that the bank had a clear, consistent idea of who its counterparties were so that the information could be used for trading, risk assessment and compliance purposes. It also focused on internal efficiencies, mostly through rationalisation and centralisation.

“If you are going to start adopting LEIs in your organisation, then you want to de-duplicate your landscape so that you haven’t got counterparty information all over the place,” said Vanlint. “You have to centralise. Once you de-duplicate the entities, you can break them down into different roles, counterparty, a customer and an issuer. That’s what we mean by a 360 EDM – it enables you to build a standardised workflow to onboard a customer or re-assess risk.”

For Mizuho, the onboarding part of the equation was particularly important. Where previously the bank had used a manually intensive process to collect documents and gather the necessary information, its collaboration with GoldenSource involved building an automated workflow so that information from data vendors was fed straight into Mizuho’s due diligence and compliance processes. According to GoldenSource, sourcing data wherever possible from external providers such as Bloomberg and Avox is important because it helps to cut the time spent on due diligence from days down to hours, and eventually perhaps from hours to minutes.

Risk was also a significant consideration. It is widely understood that risk calculations rely on current, high-quality data to be useful. Vanlint added that events such as corporate actions – for example senior executives joining or leaving a counterparty, or parts of a business being added or divested – can also have an effect. At the same time, compliance is not really an option from a regulatory point of view, unless a firm is considering leaving certain markets such as OTC derivatives.

“Getting hold of accurate information as fast as possible leaves less room in the world for insider information to disrupt markets, leading to better transparency for all,” he said. “Also, if your data is solid and you can track where it came from, if it’s challenged by the regulator you can defend yourself. That reduces your risk, too.”