LEIs and CDOs: why aren’t data professionals taking the reins? 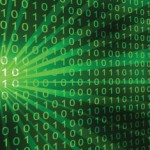 A big theme present at a big industry data conference in November was how firms were approaching the BCBS’s standards on risk data aggregation as well as the implementation of the regulatory data agenda.

With the FSB and the BCBS agreeing that “higher expectations” must be met by G-SIFIs for risk data aggregation and reporting by 2016, and national regulators beginning to question firms on this in 2013, firms are now under huge pressure to provide data strategies and implementation plans and end denial about any shortcomings.

Interestingly, early results from a RegTechFS survey show that only 17% of firms agree that there is clear ownership of LEI registration within their organisations. This is surprising, as recent academic research shows that there is up to $10 billion in cost savings to be gained from the LEI.

The adoption of the LEI is thought of by many to be a great start in establishing standards for data aggregation, as standards and identifiers are mandated by the BCBS Principles.  However, the adoption of the LEI seems to be driven entirely by regulatory mandates for individual lines of business rather than forming part of any strategic approach.

So why aren’t the chief data officers taking more of a leadership role in getting the LEI adopted?

Despite the sentiment that the LEI is ‘done’ and organisations can now get on with it, there are many sticky data challenges that require senior thought leadership, both from within and across institutions.  In this sense, CDOs could usefully take the lead and galvanise managers across the front, middle and back offices – as well as clients and FMIs – to get clarity on several key issues:

1. What are the LEI regulatory use cases?

2. What is the real business case for my firm?

3. What consequences do we face and who in my firm will suffer?

The reason that these issues exist is that, to date, the need for an LEI has been driven from a public policy perspective to address a perceived market failure. The approach was largely driven by the need to identify individual exposures in the risk space, and unravel that complex web.  But out of that critical need grew a host of other possible uses and advantages to be gained from a unique entity identifier.

The thinking and sentiment are correct at a macro-level, when looked at in the rear view mirror that is. However, the lack of an LEI was not the sole cause of the crisis and is not the only thing senior management have to spend money on this budget year.

In some cases we are seeing the CDOs taking ownership of regulatory requirements. The BCBS risk data aggregation principles go far beyond risk in asking for a centralised architecture, unique identifiers, and a data dictionary.  Out of necessity, implementation of the Principles is not something that can be handed to the risk function to go fix; it has to be handled at a higher level. Logically, it fits well with what is thought of as being a ‘good’ and proactive CDO.

The challenge of regulatory data management is only just beginning. There are over 20 critical regulatory programmes in the implementation window for 2014-15 that all need data support. Trans-atlantic examples include: the EBA’s data point model for CRD IV reporting, RRPs, EMIR, MiFID II and Solvency II; and there are of course many more initiatives to take into account globally.