The second coming: MiFID II due for arrival 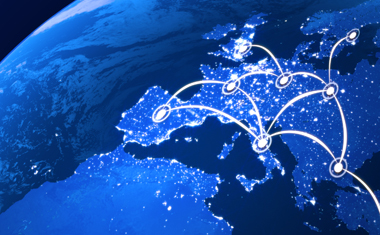 MiFID II is almost upon us. Expect it to be the topic of conversation very soon. So what do you need to know about it?

The legislative package that we call MiFID II is actually made up of a Directive and a Regulation, covering a broad range of trading activities, instruments and market participants. The term is also sometimes used in a way that includes the closely associated Market Abuse Directive and Market Abuse Regulation, which deal with rate-rigging and insider trading.

What stage is MiFID at? The text of the Market Abuse Regulation has already been adopted, but the Directive is waiting on MiFID before it is finalised because of the heavy interplay of the two. MiFID itself is currently in draft form, being negotiated between the institutions of the EU, but is set for what could be a final vote in December. However, there is a hard stop in May of next year in the form of the European Parliament elections. Therefore, if MiFID is not passed by this point there will be huge delays and a chance that it will not be passed at all.

In order for that vote to be final, politicians have to come to some sort of agreement over several key contentious issues. These include, but are not limited to, the requirements for dark pools (organised trading facilities, or OTFs), waivers (volume-capped exemptions from pre-trade transparency requirements) and the rules for third country institutions. These will have to be resolved during negotiations in order for MiFID not to be delayed in December.

Fortunately, some things clearly won’t change, and outside of these three main areas the Directive as is should give a fairly accurate indication of what the final rules will look like. Unfortunately, this means that there’s work firms should be doing now to prepare, such as securing budget (look at where ESMA is putting its resources, for example), and identifying priority areas. After all, we are expecting more than 40 sets of technical standards to follow next year, so there’s no time like the present to get ready for 2014’s big game to unfold.

So what will have to be done? JWG has produced two league tables looking at the top impacts of the legislation from the perspectives of investment firms and FMIs. Ultimately we find that the expanded instrument scope and stricter requirements for pre- and post-trade transparency will pose the most challenge for firms, as this will both bring new firms into scope of MiFID and raise the bar for firms who implemented MiFID I back in 2007. The rules for markets are also at the top of our list because of the added KYC and monitoring requirements.

Of course, what everyone wants to know is how much this is going to cost? The problem is that very much depends on a number of factors, the first of which is who you’re talking to. Some of the difficulties mentioned before in getting MiFID through the legislative process stem from the very fact that it is effectively two laws bundled into one: half of MiFID deals with requirements for investment firms and firms trading certain instruments, and the other half deals with financial market infrastructures (FMIs) including markets, reporting mechanisms and consolidated tape providers. This means that there is often more than one way to look at any requirement in MiFID, and that it has different implications depending on who you are talking to.

Will contentious roadblocks be removed in time for the Directive to be passed in December?

What will the final transposition and implementation timeline look like once the 28 Member States are ready?

Which areas will prove the greatest challenge once the 40+ technical standards are unveiled?

How much it’s going to cost also depends on how well you did MiFID the first time around. MiFID II builds on the existing framework of MiFID and so those firms who got ahead of the changes back in 2007 will be much better placed to implement MiFID II. Similarly, MiFID II has a number of overlaps with other regulations including EMIR in Europe, Dodd-Frank in the US, and individual countries’ conduct risk and consumer protection regimes. Therefore, the implementation of all these initiatives will have an impact on the implementation cost of MiFID II.

Over the coming weeks and months, we will be ramping up our coverage of the MiFID story as it goes from draft to directive to standards and transposition and then finally implementation. With that in mind, we invite you to watch this space and participate in the conversation as it unfolds. JWG’s blog, RegTechFS.com, is free to join so pass it on.