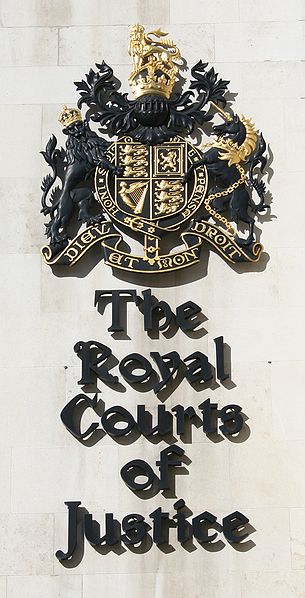 The UK High Court has ruled against Barclays in a case brought by remittance provider Dahabshiil, granting an injunction preventing the bank from closing Dahabshiil’s account.

The case is a victory for a coalition that had campaigned against the bank for several months.

“We are very disappointed at today’s decision and we will be appealing,” said a spokesperson for the bank. “Barclays made a legitimate decision to exit these businesses based upon the well-known risks of money laundering and terrorist financing in the money service business sector. The risk of financial crime is an important regulatory concern and we take our responsibilities in relation to this very seriously.”

At the heart of the dispute was a review of Barclays’ anti-money laundering policy in May, in which the bank decided that some 250 customer companies no longer met its criteria, of which approximately 80 are active in the remittances sector – including Dehabshiil. These businesses were given 60 days’ notice, and sent letters informing them of the decision.

Barclays justified its choice on the grounds that some money remitters “don’t have the necessary checks in place to spot criminal activity with the degree of confidence required” by Barclays’ regulatory environment. The firm also cited a report issued by UK regulator the Financial Conduct Authority, which drew attention to money-laundering risks and suggested that some money service businesses had been complicit in financing terrorist activity.

“Barclays does not want to unwittingly facilitate such transactions, given these serious risks,” said the bank in its response to a recent Change.org petition on the issue. “If we were caught up in such transactions Barclays could be punished by our regulators and potentially fined, as we have seen with global banks receiving fines of hundreds of millions for anti-financial crime failures.”

In desperation, some of the affected businesses appealed to their local MPs. Dahabshiil’s money transfer business focuses on Africa and especially Somalia, where remittances account for $1.2 billion a year – around one-third of the country’s GDP. The firm had been with Barclays for 15 years, and objected to the closure of its account on the grounds that its anti-money laundering and anti-terrorist financing policies were robust and had always previously been accepted by the bank.

In addition, Dahabshiil also raised concerns that Barclays’ decision would mean catastrophe for the war-torn country, where about 4.2 million people or 41% of the population relies on remittances as its primary source of income for food, water, shelter, education and healthcare. In response to pleas for help from Dahabshiil and other affected businesses, Labour MP Rushanara Ali, member for Bethnal Green & Bow, called for government action to save the remittance providers, a call which led to a debate in Westminster, in which several speakers called for Barclays to reconsider its decision.

“We are extremely pleased that the Court has recognised the strength of our case,” said Abdirashid Duale, chief executive of Dahabshiil. “It is unfortunate that we have been forced to take legal action when this could and should be resolved through dialogue.  The Somali private sector, including Dahabshiil, is one of the few Somali success stories that has helped keep the country afloat during more than two decades of conflict, famine and other hardships. Our strong compliance record is reflected in the fact that we are a trusted partner to the United Nations and other international NGOs and development agencies. This is good news for all our customers who are reliant on us to transfer money safely to the Somali region and all other countries in which we operate. They will continue to be able to do this for the foreseeable future.”

Customers of Dahabshiil include aid agencies the Mo Farah Foundation, Oxfam and the UN. Apart from transmitting remittances, the firm has a corporate social responsibility programme that involves building hospitals and schools as well as wells for clean drinking water in Africa.

An Post [@Postvox], Ireland’s state-owned postal service, is taking on Revolut with an €18m investment into its own… twitter.com/i/web/status/1…

.@XaceBank claims to be the first gaming friendly digital bank to land a payment institution licence from the… twitter.com/i/web/status/1…