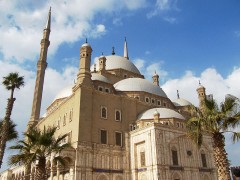 Arab Investment Bank Egypt has chosen Temenos T24 as its technology platform as it draws up its expansion plans for North Africa’s largest economy.

Headquartered in Cairo, AIBK Egypt has 13 branches in the country, including two special Islamic finance branches. The bank plans to increase its branch network to 18 over the next year, and increase its market share across deposits, loans, corporate finance and SME finance. It also plans to use T24 to achieve IFRS and FATCA compliance.

AIBK has said it will also use Temenos’ Insight business intelligence toolkit, its Treasury Trader platform and its Islamic Banking and accounting and compliance products. There are already six other Egyptian banks using Temenos T24.

“We chose Temenos due to its excellent reputation in core banking and leading presence in the region,” said Hany Seif El-Nasr, chairman at AIBK. “The implementation of Temenos’ products will be very supportive of our aim to be an example of excellence in customer services and compliance in Egypt.”

Earlier this month, MasterCard formed a deal with electronic payments processor Emerging Markets Payments to sponsor issuers in Egypt and other African markets, in a move intended to help small issuers reach the region’s unbanked population. Through the deal, EMP will be able to assist smaller issuers to offer prepaid, credit and debit cards, as well as get access to ATMs and point of sale devices.

With a population of 80 million, Egypt is by far the largest country in the region according to estimates provided by the World Bank. It has been estimated by Ernst & Young that up to 90% of Egyptians are unbanked, although no reliable estimates exist for 2013 and some consider these figures outdated. In all cases, being unbanked means less financial independence and more reliance on friends and family.