A world of payment possibilities 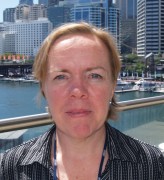 As Ts are crossed and Is are dotted by financial institutions and corporates preparing for the Single Euro Payments Area some recent announcements point to the glittering world of opportunity beyond mundane SEPA compliance.

At a digital media event in London, the T-Commerce Payment Solution was launched. It will enable consumers to make payments via their smart televisions. It is also useable at stores where retailers and merchants can accept payments using other smart devices such as smartphones and tablets.

According to Informa Telecoms & Media’s Smart TV device forecasts, 31% of households worldwide will have at least one smart TV by 2017. Household penetration is expected to be highest in North America (63%) and in Europe (64%). Andrew Ladbrook, author of the report, warned that “with their long lifecycles, TVs are simply not the right device to be the hub of the digital home. Instead, devices that are regularly replaced, including smartphones, tablets, set-top boxes, media streamers and games consoles, will be the key devices in the digital home experience. Smartphones in particular, with their short lifecycles and rapidly increasing processor power, will continue to define what ‘smart’ means.”

The makers of the T-commerce solution, however, are a bit more optimistic about smart TVs. They claim their solution will solve the problems caused by variety of payment methods that are required for the digital and physical commerce worlds. The T-Commerce Payment Solution is a single device that enables consumers to pay for services in any online or offline environment. The solution can accept payment in 177 different currencies, 42 different payment methods and store the user details (such as credit card number).

Smart TV payments may yet to take off, but mobile payments are currently where the action is as far as bank attention is concerned. In Italy, payment services provider SIA has released the results of its research into the mobile payments habits of a pilot group of consumers and merchants. An overwhelming majority – 94% – liked making mobile payments, viewing them as fast, practical and convenient.

Most of the subjects of the research study made between four and 10 payments per month, with 76% making mobile purchases of under €25 per transaction. The mobile payments were used by 71% of those studied in supermarkets or shopping centres, 44% made such payments in restaurants and 29% used them in bars, news kiosks and tobacconists.

When asked what further applications for mobile payments they would like, 88% said they hoped the payments could be extended into the public transport system and 73% wanted the phones to replace physical loyalty cards and discount vouchers.

SIA said a number of inefficiencies also emerged from the research, such as merchants’ limited training and familiarity with mobile payments (56%), technical problems (32%) and the poor distribution of contactless point of sale terminals (29%). Three categories of merchants emerged from the study: dissatisfied but forward-looking, typically large chains not yet happy with the spread of the technology but who view it as an interesting business opportunity for the future; dissatisfied, small organisations with few users who do not consider mobile payment to be of interest to their enterprise; and satisfied, small organisations with a good number of users who view mobile payment as way to satisfy their clientele and win customer loyalty.

In a rather larger market than Italy – China – another interesting payments trend is emerging. According to a recent Celent report, The Future of P2P Lending in China, the peer to peer (P2P) lending market in the country has grown in value from $30 million in 2009 to $940 million in 2012. Celent predicts the market will reach $7.8 billion in 2015.

A driver of this growth is the fact that while banking assets in China have grown by 20% per year during the past five years, the structure of the Chinese credit market is “irrational”. Bank loans, according to Celent, tend to be given to large enterprises. Small and medium enterprises find it difficult to obtain bank loans and must rely on more diverse sources of credit.

Among these sources are P2P loans. Internet technology has made such loans more accessible. “In practice, the advent of the Internet has influenced the finance industry to a certain degree, especially in the personal and small and medium enterprise financial markets,” says the report.

Finally, amid the alternative payments and credit initiatives a word of warning from Deloitte in results from a recent online poll. Payments fraud in e-commerce activity remains of extreme concern for organisations. Despite fraud prevention ranking as a high priority (47%), only 9% of respondents stated that their organisation provided customers with free fraud prevention solutions. Moreover, budget increases for fraud solutions had been minimal during the past year.

Given the focus on mobile payments and commerce, it is surprising that only 9% of respondents cited mobile fraud as a top concern for their businesses. “Along with the positive impact of digital commerce comes the risk of fraud to businesses and customers,” said David Williams, chief executive officer, Deloitte Financial Advisory Services. “With monthly phishing attacks increasing 40% last year, education and fraud solutions for the end-customer are often a powerful way for organisations to police and control fraud.”