US banks “not prepared” for Dodd-Frank swap rules 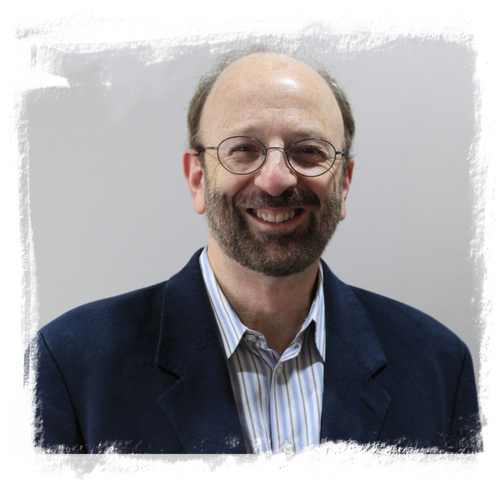 A surprisingly high proportion of US banks are still not prepared to comply with Dodd-Frank’s regulations on swaps, despite the impending arrival of mandatory trading on swap execution facilities, according to Charley Rich, vice president of product management at tech firm Nastel.

“When you speak to a lot of banks, they say they’re compliant – but when you ask for details about how they are compliant, they don’t have answers,” said Rich. “They usually have a database that records which swaps were sent to the global trade depository and whether or not those trades were accepted – and that’s it. Should the DTCC or the CME come back and say there’s a problem with this trade, they have nothing in place to deal with it.”

Dodd-Frank is a huge piece of legislation that is being gradually enacted section by section, ever since US President Barrack Obama signed it into law in July 2010. Swap execution facilities are the new category of trading venue created by the rules. SEFs are meant to process the huge volumes of formerly OTC derivatives contracts that must now be centrally traded, cleared and reported. On 2 October, the deadline passed for all banks involved in the US swap markets to register with a SEF. Although there is no requirement to trade swaps on a SEF until early next year, the rules caused a scramble among some firms, particularly since the introduction of Footnote 88, a recent addition by the CFTC which details which instruments are liable to be traded on SEFs – a provision that applies to a far wider range of instruments and therefore firms than previously expected.

Nastel built a solution at the request of the chief information officer at one large global bank, in which it monitors compliance with the new rules. The tool is designed to automate compliance depending on factors such as the location of the buyer and seller in a transaction. For example, if the buyer is in the US and the seller is in Japan, the tool will work out which rules apply. However, the firm has noted surprisingly little pickup from other banks – a factor which it puts down to a lack of a convincing penalty for firms that don’t comply with the new rules.

“We work with swap dealers to give them a real time view and predictive analytics so they can monitor swaps and reporting of swaps in real time and take action to ensure they stay compliant,” said Rich. “The problem is, there are no real penalties, so there is nothing to force financial institutions to comply.”

Previously, the new US rules for swaps have been a source of international controversy, due to their extra-territorial nature. The US Congress effectively settled on a solution under which foreign banks are subject to Dodd-Frank as soon as they do business with a US entity. But the legislation itself must be matched against other similar efforts in other countries, such as the European Union’s EMIR legislation. Both sets of rules were designed to implement the principles agreed by the EU, the US, and other G20 nations including Canada and Russia at the G20 summit in Pittsburgh in 2009, namely to reduce systemic risk by overhauling their OTC derivatives markets.

“Every country in the G20 has its own version of this legislation, and Dodd-Frank is just the US version of that,” said Rich. “EMIR is essentially the same set of requirements, just tuned to the EU. The challenge comes with cross-border trades. How do you become compliant with two different sets of regulation? You need technology that looks at the end to end trade and has predictive capabilities and gives the business the ability to improve processing and efficiency for these trades.”

According to Rich, that’s just the tip of the iceberg, since the US regulator also holds the right to order a financial institution such as a bank or broker to improve its systems to reduce the amount of lag in processing swaps, for example, on the grounds that such a move is necessary to reduce systemic risk.

“They’ve not done this yet, but the regulation says they can,” he added. “A lot of firms are hoping they don’t get caught – but compliance in name only is never going to be a good long-term solution, particularly since EMIR is coming in the EU and will likely have sharper teeth. As the volume of swaps traded on SEFs increases, it will become relatively more difficult for firms to improve their processes without disrupting flow.”

The obvious implication is that a tool that can remove inefficiencies in the process might be a good bet. But the extraterritorial issue has long been a source of friction and uncertainty in the market. For many observers, the failure of rulemakers on both sides of the Atlantic to recognise the equivalence of each other’s rules and develop some sort of mutual recognition is an embarrassment that imposes unnecessary strain and cost on the market, to the detriment of all concerned.

Earlier in October, Anthony Belchambers, chief executive at the Futures and Options Association, expressed disappointment that the deal reached between the US and European securities regulators back in July had seemingly fallen at the first hurdle. Just days before the 2 October SEF registration deadline, EU commissioner Michel Barnier sent a letter to the CFTC’s Gary Gensler asking for more time until an EU-US deal could be worked out. No reply came in time and the European Commission is now concerned that European firms could be liable under the US rules.

Adding to the complications, the US government shutdown caused by internal political wrangling over the budget left the CFTC with a skeleton staff of just 30 personnel deemed ‘essential’. At the time, the European Commission told Banking Technology of its concerns that the US shutdown was hampering the prospects for a deal.

“Barnier was right to ask for more time,” said Belchambers. “The reality is the US is ahead of Europe. That means either the EU has to catch up – which is unlikely, given the complexity and sovereign powers of its member states – or the US has to slow down. Unless there’s a rationalisation, you get extra-territorial problems. I can only hope that IOSCO will get a grip on this, because these international disputes really do have to be sorted out.”