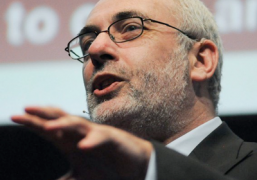 Birch: the account switching service is not enough to generate real competition

The UK Payments Council’s seven-day account switching service has been attacked as a “complete waste of time” by participants at a panel discussion in London on Wednesday – an allegation that was vigorously denied by representatives of the Council and the UK retail banking sector.

“This will make not the slightest difference,” said David Birch, global ambassador at IT consultancy Consult Hyperion. “35,000 people switching every week for the next 12 months won’t change anything. True competitiveness means new competitors. Even if we reduce the process from 12 days to seven, who cares? We still haven’t taken out any cost. There are far better ways the money could have been spent.”

Birch added that when his wife attempted recently to switch accounts, the bank demanded more paperwork including utility bills, despite the fact that she had been a customer for 18 years and they had seen her in the branch. She gave up and cancelled the account instead, meaning the money that went into the account switching service was wasted in this instance. Instead, Birch suggested that having a banking number for each customer, which could then be separate to the account number and sort code, would be a better solution as it could allow customers to be identified easily. He also attacked the whole idea of the current account itself, on the basis that it may not be the best way to serve consumer interests.

“The banks are currently forced to offer current accounts they lose money on to people who don’t really want them anyway,” he said. “A lot of people would be much better off if they had a prepaid card and some sort of mobile deal, not a current account. Just look at American Express- they’re targeting the unbanked with prepaid cards. If we really wanted to save the customer money, we could have something like a mobile number for banking – but that’s not what we have.”

The UK Payments Council’s seven-day account switching serve was introduced on 16 September with the goal of driving up competition and consumer choice in UK retail banking. The service obliges banks to switch a customer’s standing orders and direct debits over within a maximum of seven working days, and to refund in full any costs arising from any mistakes.

While other members of the panel, including Adrian Kamellard, chief executive at the UK Payments Council and Niamh Grogan, director of competition and consumer policy at Lloyds Banking Group, countered that the account switching service was a useful step towards consumer choice and had never been billed or intended as the “answer to all ills”, Birch was supported in his attacks by several members of the audience.

In the opening moments of the debate, one delegate interrupted the discussion to insist that UK account switching had arrived ten years too late, and alleged that the Cruickshank review thirteen years ago identified the same problems with lack of competition that are only now being addressed. Written by Don Cruikshank and presented in March 2000, the review stated that UK consumers were paying £400 more than necessary each year due to the inefficiency and lack of competition in the UK retail banking sector.

Other audience members suggested that banks were typically answering the requirement to switch accounts within seven days by deploying more manpower at the problem, rather than investing in any technology to handle it. While that allegation was contested by a representative from Accenture, concerns were expressed that the £750 million cost of the project may not have been worth it. In particular, the audience member cited an example in which a journalist attempted an account switch and found the process took 20 days instead of seven, not because of a mistake but because the bank in question, First Direct, was “using a paper-based process that it couldn’t accelerate”.

The service has been the subject of competing claims, predictions and differing opinions for several months. In September, Nationwide reported a significant increase in the number of customers switching their main current account to the building society (79%). While the firm refused to confirm absolute numbers, its 2013 annual report showed that it was gaining approximately 6,670 new customers per week, of which around a third were using Nationwide as their main account.

However, not everyone was convinced, as it remains unclear whether the rise was due to the account switching service specifically, or whether it would have happened anyway. Others asked whether customers would stay with their new provider once switched, or simply chase attractive deals from one bank to another.

“Even a rapid switching service isn’t going to work on its own,” said Ashleye Gunn, program director at UK product testing and consumer campaigning charity Which? “People being able to understand the prices remains an issue, as does lack of transparency. While some steps forward have been taken, that hasn’t ultimately changed. No matter how well the account switching service works, you won’t get effective competition until consumers can see the prices and compare effectively. The issue is comparability of service, and we just don’t have that.”