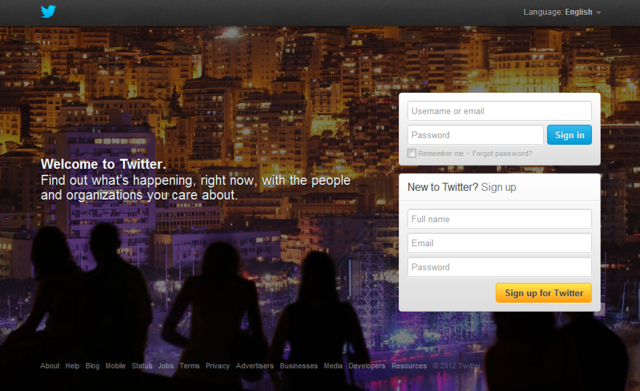 A new tool designed to help banks and their clients gain a decisive trading advantage over their rivals based on Twitter posts has been launched by UK-based fintech firm Eagle Alpha.

The new Social Sonar tool has the ability to “leverage technology to enable our research analysts to curate the web for alpha-generating information data,” Eagle Alpha said.

In other words, the company has searched through Twitter’s 500 million users to find the most relevant sources of content for financial services. These include UK chief executives, US congressmen and institutions such as the Federal Reserve Bank of New York. The objective is to bring information to traders that can be traded and turned into an advantage versus competitors.

“It’s important to be faster than the market,” said Mike Reuter, senior broker at interdealer brokerage firm Tradition. “If you’re trading a few minutes ahead, that’s worth a few €100,000 a time. Social Sonar is giving me at least one or two pieces of information every day that can’t be found somewhere else. Over a week, over a month that’s a lot of extra information and the benefit of getting there first easily justifies the cost.”

Examples of influential tweets include one on 11 July that stated that Grayling was calling in the Serious Fraud Office to look into G4S because it had refused to cooperate with a voluntary forensic audit. This was published at 12.16. Some 32 minutes later a newswire published the news and the share price dropped by 7%. Another example is a tweet from a South African TV station reporting the shooting of a union member at mining company Lonmin. Seven minutes later a newswire published the story, and the stock fell 2% that day while other mining stocks remained flat.

“There’s hundreds of millions of people on Twitter and it can be hard to know who to follow,” said Emmett Kilduff, chief executive at Eagle Alpha. “For example, someone you meet in the pub follows zero hedge, but there’s no science to that recommendation. We build the algos and research analysis to find the best 10,000 on twitter. We have 90 lists of people, and these can be tailored to suit a specific interest or need. For event-driven traders, hedge funds and investors of all stripes, this is a powerful tool to generate insight and capture the trading advantage.”

Social Sonar is not the first time an attempt has been made to incorporate twitter into a financial services context. French company IoSquare developed a social media sentiment index that can be used to track positive or negative tweets on a given stock or topic. That service is available on the Bloomberg App Portal since November last year. However, Kilduff insisted that his product is unique, and told Banking Technology that trading on sentiment alone is meaningless since “there is no correlation between sentiment and stock movements.”

Meanwhile, Reuter at Tradition added that the main benefits of the Social Sonar tool are that it helps traders to find information that they may have missed from social media, that they couldn’t find elsewhere, and that has not been published yet, faster than the competition.

“Social Sonar is better than some other systems I’ve tried in the past where the cost-benefit equation didn’t stack up so well,” said Reuter. “When you think about the volume in English language on twitter, anyone can write on any topic. The volume of information is huge. Then when you factor in all the other languages as well, the potential is vast and you’re unlikely to have seen it all. “

A number of financial institutions have launched social media products in the last few months. In September, India’s ICICI bank released a Facebook banking app designed to make it easier for customers to interact with their finances by integrating the whole thing into Facebook. Meanwhile, Russian bank Tinkoff Credit Systems uses a combination of social media activity, credit history and browser history to evaluate potential new customers for its branchless banking services in Russia.