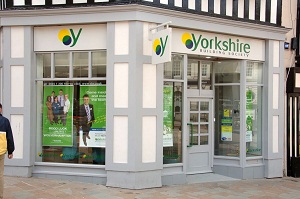 The constantly changing tide of national, European and global regulatory change is making life difficult for Britain’s building societies and banks to keep pace, according to Mark Smith, head of ALM at Yorkshire Building Society.

“The issue is the floor beneath us is moving,” Smith told Banking Technology. “Since 2008, regulation has got a lot more complicated. CRD IV regulation is changing, the UK regulator has given us individual liquidity guidance to manage, and a pan-European liquidity regime designed to implement Basel III’s  requirements is coming by the end of next year. Sometimes it’s hard to keep up.”

The Capital Requirements Directive IV is a legislative package introduced by the European Union, which is intended to implement the Basel III rules in the EU. Scheduled to take effect on 1 January 2014, the directive contains enhanced requirements for quality and quantity of capital, a basis for new liquidity and leverage requirements, new rules for counterparty risk, and new macroprudential standards including a countercyclical capital buffer and capital buffers for systemically important institutions. CRD IV also makes changes to rules on corporate governance, including remuneration, and introduces standardised EU regulatory reporting – referred to as COREP and FINREP. These reporting requirements specify the information firms must report to supervisors in areas such as own funds, large exposures and financial information.

Basel III imposes new liquidity obligations on financial institutions, including  Liquidity Coverage Ratio and Net Stable Funding Ratio.The NSFR seeks to calculate the proportion of stable long-term assets that a bank or building society is using to fund itself, while the LCR is designed to ensure that the assets the bank is holding are of sufficiently high quality. The two measures are largely intended to prevent a rerun of the 2007 disaster in which several banks suffered a liquidity crisis because they had relied too much on short-term borrowing from the inter-bank market.

In response to regulatory pressure and other factors such as the need to make better use of resources and roll out products to consumers faster, the Yorkshire has made several technology deals in recent months. In October, Yorkshire Building Society agreed to install financial technology provider SunGard’s Ambit Liquidity Risk solution for liquidity risk reporting. The tool is designed to help financial institutions better manage their liquidity by using more advanced forecasting of business and market scenarios. Essentially, the product simulates the effect of various stress scenarios, including the regulatory requirements of Basel III, on the society’s liquidity position. The aim is to help the Yorkshire to optimise the size of its surplus cash reserve, identify potential gaps in liquidity and make contingency plans, simulate future cash flows, increase the transparency of cash flow operations, and free up staff for other tasks such as revenue generation and customer service.

“The cash flows in a bank or building society are huge,” said Smith. “Every payment impacts the cash reserve, and a spreadsheet to cover all that is nigh impossible to maintain. You need a system to model the cashflow balance over time. Understanding where you are going is vital for planning. Too little liquidity would be a regulatory problem. Too much would mean the company would pay more than necessary to hold it, which would hurt P&L.”

“Forecasting is the real added value for us,” added Smith. “For example, if we don’t have enough funding to meet our mortgage plans, this SunGard liquidity risk tool will help us know that we need more funding. Liquidity has brought down banks in recent years, so it’s very much a key metric, both from our point of view and for the regulator.”

In September YBS began major changes to its internal systems and IT support through a deal with IT firm Hewlett-Packard. Under the deal, the society agreed to shift its core mortgage and savings application to the cloud. That in turn enabled the Yorkshire to effectively offer its automated mortgage sales, lending and savings account processing product as a white labelled solution to other financial institutions (which it had been doing for years), through HP on a cloud basis. The deal was soon followed by the smaller Leeds Building Society, which signed up in October.

Founded in 1864, Yorkshire Building Society is the second largest building society in the UK and covers the whole of England’s largest region, including North Yorkshire, the East Riding and South Yorkshire. The society has 224 branches and 94 associated agencies across the UK and employs 4,100 people.