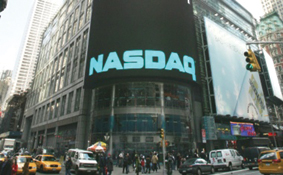 Nasdaq OMX is planning to launch a test facility for algo trading early next year. The Algo Test Facility will be developed jointly with Thesys Technologies, a subsidiary of  Tradeworx, whose software also underpins the Securities and Exchange Commission’s Midas market surveillance system.

Thesys will help Nasdaq OMX launch an algorithm testing environment that will provide a ‘sandbox’ for the exchange group’s trading customers to examine algo trading strategies. Intended to support bank efforts to improve their operational risk, it is expected to launch in the first quarter of 2014. The idea is to produce strong testing for the US markets, so that member firms active on the exchange will be able to simulate their automated trading strategies against real-world scenarios, transactions and competitors to better manage their risk exposure and capital expenditure.

The new Algo Test Facility  can be seen as a move intended to re-assure investors and regulators about the safety and resilience of its market. Rogue algorithms have been blamed for incidents such as the flash crash of May 2010 in which $1 trillion was wiped from the value of the US stock market in minutes.

The new Algo Testing Facility service will be accessible through the Nasdaq OMX data centre, enabling customers to use their existing trading infrastructure, including risk systems, order management systems and feed handlers. The first phase of the Algo Test Facility will include simulations for the Nasdaq Stock Market, and over time the test system plans to support all major US equities exchanges along with their order types and protocols so that users can interact with the historical orders of other market participants.

The ‘sandbox’ environment enables firms to explore quote processing, order handling and interaction with the market microstructure. By testing in advance, the aim is to allow exchange customers to reduce the risk of market errors and behaviours such as quote stuffing, in which one firm attempts to crash the market by overwhelming it with orders. Users will also gain insights about performance and the results of specific trading strategies.

“We are pleased to work with Nasdaq OMX to bring this revolutionary new capability to the market,” said Manoj Narang, chief executive officer of Tradeworx. “Currently there is heightened realisation that the all market participants need to adequately test software that interacts with the market, and given how much trading volume is generated algorithmically today, the testing of these algorithms has to be a key component to the industry’s efforts.”

In February 2012, the European Commission released its guidelines on automated trading, which state that algorithms should be properly tested before entering the market. In Germany, HFT firms have to register and submit details of their trading strategies to the regulator on request. In Italy, there are charges for firms that cancel more than a set proportion of their orders, while in France the financial transaction tax hits HFTs indirectly by making all transactions more expensive.