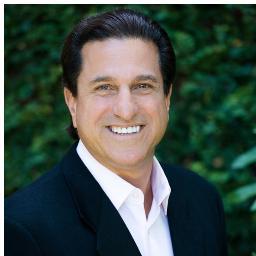 Zingale: email and internet have been superseded by social communication

Social media may be a dirty word to most banks’ CFOs. But when 28 hours of a 40-hour week are lost to emails and searching for information, there has to be a better way, according to Tony Zingale, chief executive at Jive Software, which has just launched in Europe.

“Internet and email don’t serve needs of employees in productivity,” said Zingale. “The technology behind email is 35 years old. It was never designed as a networking tool. In professional life the volume of emails is overwhelming, and that’s a drain on productivity that the companies like IBM and Microsoft aren’t fixing.”

Based in Palo Alto, California, Jive was founded in 2001. Several of its key figures, including Zingale, come from IT firm Mercury Interactive, part of HP. The firm makes communication networks that are intended to help employees find the information they need faster. Zingale references a study carried out by McKinsey, which found that $1.3 trillion are wasted every year because of the length of time senior employees spend doing unproductive tasks, such as responding to emails and looking for information.

“The answer is to create social intranets, people portals where people can communicate, employees can be trained, customers can create communities, and like-minded individuals can form groups and turn their ideas into action,” he said. “In Jive you can mark discussion threads as decision threads. You can also measure the impact of collaboration in the system – you can see who read it, who responded, did they add a comment. You can see exactly the impact that the interaction had. It’s all about measurable results.”

This system is used by UBS, where it has helped the firm cut down on the volume of email traffic, as well as the travel and communication costs. According to Peter Barnes, global head of web communication and collaboration IT at UBS, the firm has realised a 20-25% decrease in staff operational costs, together with a 20-30% increase in access to expertise and a 35% increase in collaboration.

“Leveraging the intellectual capital of a company as much as possible is vitally important to us at UBS,” said Barnes. “If you have a question, people who may be in another silo within the same organisation, or even in another country, might be able to answer it – and anything that enables that to happen is a good thing, especially when you’re in a huge organisation.”

Cloud based systems such as Jive typically market themselves on their ability to help clients bring products to market more quickly and cheaply than the alternatives. Drawing inspiration from Facebook (1.1 billion users), Linkedin (225 million users) and twitter (400 million tweets per year), Jive is essentially about connecting employees through forms of contact other than email and face to face communication.

“In Jive I can tag things,” added Barnes. “In email I’ve got to work out whether I sent an email to person X or person Y from a huge list of contacts – it can be hard to keep track with the volume of emails. With Jive I can manage that – and I can make the whole system  look appealing and tune it to what younger workers want to see. The interface you get at home on your personal devices is often completely different to the experience you get at work. We as an industry need to invest in communications technology and make it engaging, useful and fun.”