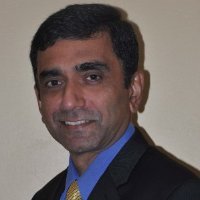 Cloud computing company SAP has signed a deal with Citi for a major new cloud platform that promises to simplify corporate to bank connectivity for some of the world’s largest banks, Banking Technology has learned.

The SAP Financial Services Network is a bank to corporate platform based in the cloud that is designed to cover corporate transactions such as payments, as well as reconciliation and remittances. Typical payments include corporate payments to suppliers, which are sent to the bank automatically via the FSN. Likewise, reconciliations are handled automatically by the platform, replacing the previous process of manually collecting paper statements. The project has been in development for over a year and was pilot tested by a group of tier-one financial institutions, including Bank of America Merrill Lynch, Deutsche Bank, Nordea, RBS, and Standard Chartered Asia Pacific. Citi is the first to sign a commercial agreement, and is currently onboarding in preparation for launch on the new platform.

“Previously, banks would typically use a host-to-host connection to the corporate, which they would have to install individually at each corporate customer,” said Sanjay Chikarmane, senior vice president and general manager of technology solutions at SAP. “That takes a lot of time – from six weeks to several months – and it’s expensive for the corporate. For banks, it’s slow to do and it delays the time until revenue. It’s hard to connect thousands of corporates this way, and still roll out new abilities and products.”

Another common problem is remittance information. Corporates sometimes receive a payment but don’t know why they are being paid, usually due to missing data, which makes the reconciliation process difficult. SAP promises to be able to capture the information better through the 200,000 corporate members on its ERP system – which should help reconciliation to go more smoothly. According to Chikarmane, the advantage to the bank from the new FSN platform is to remove the cost barrier associated with managing hundreds of corporate relationships, while for the corporates they can remove the hardware and software requirements of the relationship and automate their payment processes. Using the FSN, both bank and corporate need connect only once, to the SAP system.

One of the main advantages of cloud solutions is that they are designed to be scalable. Customers pay for the capacity they use and can quickly increase or decrease their consumption of technology resources without making major investments in physical hardware. SAP also plans to integrate the FSN platform with Ariba, the cloud-based commerce network it acquired back in May 2012. Ariba’s buyer and seller transactions will all ultimately need financing and payment and so SAP wants to link it with FSN so that there can be one chain from the buyer seller transaction through to the bank and corporate payment.

Historically, the key criticism of cloud technology has been that it is not secure enough for financial services firms. For banks, dealing with sensitive customer data, using a public cloud was generally considered too great a risk to be viable. The FSN attempts to counter those risks by working on a private cloud model. Private cloud solutions, such as Amazon Web Services, are not open to the general public and typically encrypt the data to ensure it remains secure. That is an arrangement that is increasingly becoming accepted, even by the larger financial services providers.

While other cloud firms such as HP and ACH have formed their own deals in the financial services sector, SAP’s selling point is its focus on corporate relationships, rather than other processes such as settlement or bank to bank payments.

“Our strength is the community of corporates that run our system,” said Chikarmane. “We integrate the bank and the corporate, we automate the processes, and we help ensure that firms have up to date information on their positions and balances. We also help corporates and banks avoid the old ‘end of day rush’ for reconciliations. The whole process works much more efficiently.”

Recent months have seen several cloud deals for the UK’s mid tier banking sector. In October, Leeds Building Society joined the shared services alliance founded by HP Enterprise Services and the Yorkshire Building Society in September, in a deal that will see the society move its core application for mortgages and savings to the cloud.

The deal represents a growing recognition among the UK’s mid-tier institutions of the power of cloud to help them move with the times. HP’s original deal with the Yorkshire Building Society involved shifting the building society’s core mortgage and savings application to the cloud. That in turn enabled the Yorkshire to effectively offer its automated mortgage sales, lending and savings account processing product as a white labelled solution to other financial institutions (which it had been doing for years), through HP.

Meanwhile, exchange group Nasdaq OMX has been running a cloud storage platform called Nasdaq OMX FinQloud in collaboration with Amazon Web Services since September 2012. The platform is designed to allow users to store their financial data cheaply and securely, so that they can meet regulatory requirements more easily. Nasdaq OMX’s solution consists of two parts: Regulatory Records Retention, also known as R3, and Self Service Reporting.