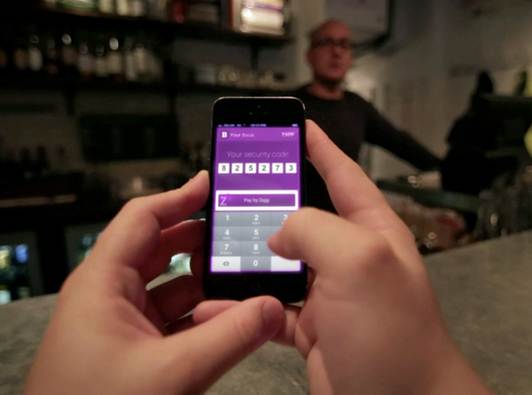 Mobile payments specialist Zapp is expecting to sign up five of the six major UK banks within the next few weeks, following a deal with acquirer WorldPay, announced this week. However, the platform still has a long way to go to catch-up with rival Barclay’s Pingit, which has a significant head-start, having launched in February 2012.

Zapp is an independent subsidiary of VocaLink, the payments processor owned by the banks.

A spokesperson for Zapp confirmed that the company is “in serious talks” with the UK banks. A deal with at least one of the major banks is necessary before the service can reach consumers. Gaining the support of WorldPay has given the company more credibility – moving it one step closer to its planned launch next summer. World Pay claims to handle 8.4 billion transactions every year, a figure that it says represents nearly half of all card transactions in the UK. The company’s on-line payment gateways cover 200 payment methods in 115 currencies.

“I am delighted to announce this partnership between Zapp and WorldPay to roll out Zapp mobile payments in 2014,” said Peter Keenan, chief executive of Zapp. “WorldPay is a crucial partner in the establishment of the Zapp payment eco-system that will deliver benefit for financial institutions, retailers and customers alike.”

The advantage to a bank of signing with Zapp would be saving the development costs needed to build an in-house mobile payments service and app. Zapp can be embedded in current mobile banking applications, which means that the customer doesn’t need a new login or password to make mobile payments. Consumers can also use it to check their balance before paying. For merchants, it can be integrated into online and mobile checkouts and can be used at point of sale for NFC, QR code or any other retailer system.

However, not everyone is happy about Zapp. Barclays, has reportedly cried foul on the basis that Zapp is misrepresenting itself to consumers: while Zapp’s parent VocaLink was chosen by the UK Payments Council to create a database of bank customers for its forthcoming mobile payments scheme, Barclays says that Zapp is using that link to market itself as an industry-backed mobile payment solution.

Zapp’s response is that it is offering a useful service to merchants by helping them to escape the potential confusion caused by dealing with multiple different bank apps. However, at present Barclays is the only UK bank that offers a mobile payment app. Other banks offer mobile banking – but not payments – apps. Barclays Pingit has been downloaded 1.8 million times according to the bank’s own figures, and has been used to make an estimated 2.3 million payments.

Despite the arguments, mobile payments still have not convinced the majority of consumers in the UK. Last month, Zapp surveyed 2,000 UK consumers and found that 17% of them had made a mobile payment. Of these, some 60% were limited to simple bank transfers between accounts, rather than paying for goods and services. Of those making payments, one in five said there are not enough people and places to make payments and 18% said it was difficult to pay people who don’t use the same mobile payment system.

Nevertheless, major financial institutions seem convinced that the technology will eventually take off. Visa predicts that by 2020 more than half its transactions will be carried out on a mobile device. That view has been given some credence by the flurry of mobile payments activity across Europe in recent months, including launches in Poland, Spain and the UK, as well as Visa Europe’s own collaboration with IBM and Monitise, announced earlier this month.