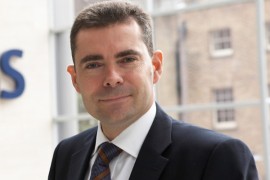 Newstead: accurate figures for mobile and electronic payments can be difficult to pin down

Global non-cash payments volumes continue to rise unabated, according to World Payments Report 2013 (WPR 2013), which was launched today. Non-cash transactions grew by 8.8 per cent during 2011 (the latest year for which full data is available) and are predicted to top 333 billion for 2012.

WPR 2013 examined industry estimates of online and mobile payments figures but found some discrepancies in the reported figures and its own research. According to industry estimates, online payments volumes will grow by 18.1 per cent through to 2014, with mobile payments growing 58.5 per cent in the same period. However, there appears to be a ‘statistical black hole’ in the figures. “Accurate transaction figures for mobile and electronic payments, along with virtual currencies and other new payment instruments can be difficult to pin down,” said Simon Newstead, head of transaction services market engagement at RBS. “In many cases, the methodologies used to capture such payments transactions volumes are old world.”

New and unconventional players in the payments landscape, new instruments such as prepaid cards and new channels including e- and m-payments, and emerging non-cash regions such as Africa are combining to challenge the collection of accurate statistical data. WPR 2013 says reporting standards for e- and m-payments are unclear, which stymies attempts to confidently estimate the true market size of different payment modes.

The Report calls on financial regulators and payment services providers to introduce centralised data collection, bringing statistics from the new channels and players into the mainstream and common definitions of payments volumes. If not, strategies may be formulated that are based on the wrong assumptions.

Amid the increasing growth in non-cash payments there is great potential for customer-centric innovation in payments acquisition.

The drivers for innovation in this area include a desire to get closer to customers, the need to meet new and changing customer demands and the fragmentation of the payments value chain. By innovating in this sphere, payment services providers can offer retail and corporate customers a choice of payment instruments, locations, channels and currencies.

“Both new and legacy payments providers recognise that not all players need to provide end to end services and are focusing on innovation areas such as origination, acceptance and capture, security and fraud, and value added services,” said Jean Lassignardie, global head of sales and marketing, global financial services, Capgemini.

The Report, which is published by Capgemini and Royal Bank of Scotland, has tracked non-cash payments volumes since 2005. It also provides a detailed assessment of key industry and regulatory initiatives, updating each every year.