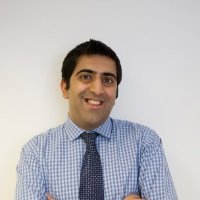 GMEX is intended to address a perceived lack of innovation in exchanges relating to the central clearing of OTC derivatives. The venue aims to “dramatically” reduce costs to balance sheet and margining, using new technology and indices based on global index benchmarks. The startup has launched its exchange consulting, technology and index divisions already, while its trading division will operate as an MTF, pending regulatory approval.

Misra was a co-founder of former pan-European MTF Chi-X Europe. In his new role, he will be chief executive of GMEX, while Vj Angelo will be president. Angelo is best known for his experience in fixed income OTC markets. The co-founders also chose James Davies, former head of sales at Trayport, as chief operating officer. Davies brings experience of exchange-traded derivatives.

Under the Dodd-Frank act in the US and EMIR in the European Union, financial institutions will have to centrally clear the majority of formerly OTC derivatives contracts. Clearing at CCPs will require firms to set aside margin and collateral against the risk of a trade going wrong. By largely removing counterparty risk, this system is intended by the G20 nations to increase the stability of financial markets.

However, objections from market participants including Anthony Belchambers, chief executive at the Futures and Options Association, have included charges that regulators are restricting consumer choice, imposing excessive cost on the industry, and making it difficult for customised products to remain viable. The firms that stand to gain the most are the venues on which the new standardised contracts are traded, including established players such as CME Group as well as newer ones like GMEX.

However, GMEX has stated it will also focus on growth and development in emerging markets, as well as the developed markets affected by OTC derivatives reform. The emerging markets have also been targeted by new entrants, with ATS Brasil planning to enter the Brazilian market, and Chi-X Global and SBI Japannext both rumoured to be close to setting up in Korea, although Korea remains unconfirmed.

Meanwhile, other lucrative markets are currently restructuring. In Turkey, the country’s derivatives, equities and gold exchanges merged at the end of December, mirroring a similar move in Russia at the end of 2011. Poland’s Warsaw Stock Exchange is also currently in discussions with Vienna’s CEESEG exchange coalition about setting up a united pan-central/eastern European exchange group, although no decision has yet been finalised.