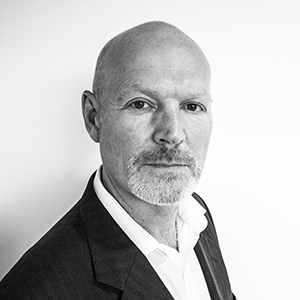 A new service that claims to be able to dramatically cut post-trade costs for brokers and asset managers has been launched in the UK, using FIX messaging.

Technology company Fidessa’s post-trade confirmation hub is based around the idea that confirming trades can be done free of charge using FIX, as opposed to via a specialist firm such as Omgeo that charges fees per message. Users on the Fidessa service send and receive allocation and confirmation instructions for equities to each other in FIX format.

Buy-side firms that are already part of the FIX initiative include American Century Investments and Capital Group, while Fidessa has said that 300 sell-side firms that use its post-trade workflow also already have access to the new service. Fidessa connects to 3,600 buy-side firms and 775 brokers in total.

“For some time the industry has been looking at post-trade as a key battleground in the war on daily operating costs,” said Steve Grob, director of Group Strategy at Fidessa. “What we found was that, whilst many of the processes are hugely important, there is no competitive edge in one proprietary approach over any other. Recent fragmentation into competing alternatives has simply made the whole process even more inefficient for market participants of all types.”

Historically, European post-trade costs have been higher than the US, for a number of reasons including fragmentation between various CCPs and CSDs, and competing post-trade service providers. In the US, post-trade services are provided by member-run utility the DTCC.

The introduction of post-trade interoperability between many of Europe’s trading venues in 2011 helped to bring down the cost for market participants, since it became possible to clear using the CCP of choice. Robert Barnes, chief executive of UBS MTF at the time, vocally emphasised the benefits of consolidating trades at the CCP of the user’s choice for a volume discount on his platform, for example. Other venues Chi-X Europe, BATS and Turquoise also joined up to interoperability, as did SIX Swiss Exchange, while others such as Deutsche Börse were “considering” the possibility in May 2012 but have as yet made no commitment.

Earlier this year, FIX Protocol Limited was behind an initiative to improve transparency in European post-trade by promoting a consolidated tape of European post-trade data. However, the initiative fell through due to a decision from BATS to withdraw its support – a decision BATS in turn attributed to obstruction from the primary exchanges, which it alleged make too much profit from charging for data to allow a consolidated tape a real chance. The European Commission’s MiFID II does support the creation of a tape, but doesn’t mandate it to any one provider.

Meanwhile, in July the DTCC announced that it would acquire Omgeo, as part of a drive to expand the scope of its post-trade services in the US and overseas. Omgeo has been under pressure from Swift, which has been aggressively targeting the firm’s business in the post-trade confirmation space.

“The benefits in using FIX include efficiency gains, improved straight-through processing and quicker identification of issues, all of which provide significant risk reduction and cost savings,” said Scott Atwell, manager of FIX trading and connectivity at American Century Investments.