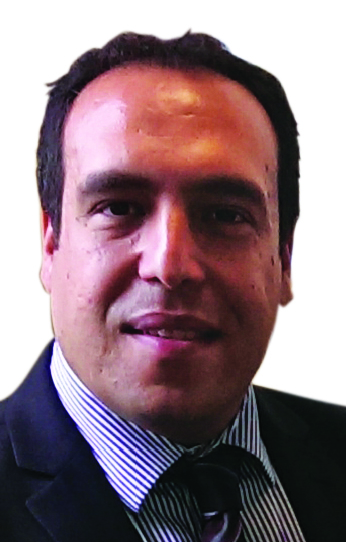 Gamil: banks can go further and faster with cloud services

Banks should not be afraid to go further and faster in their adoption of cloud computing, says Mohamed Gamil, chief operating officer at Islamic Bank of Britain.

Founded in  2004, Islamic Bank of Britain markets itself as the UK’s only wholly Sharia complaint retail bank. It offers mortgage alternatives, current accounts and savings accounts as well as wealth management services, and also handles corporate business through products such as commercial property finance.

“When I came to the country six years ago, the challenge was not just that Islamic finance is a niche market, but that we are a small fish in a big ocean,” Gamil told Banking Technology. “The big players such as Lloyds and HSBC spend hundreds of millions of pounds on IT every year, while our budget is smaller. But our customers don’t expect any less customer service or less competitive rates. That’s a challenge for a small bank – and that’s why the cloud idea is just brilliant to fit that purpose.”

IBB currently has a deal with US cloud computing company Salesforce.com, best known for its customer relationship management products – products that Islamic Bank of Britain found attractive when it began exploring cloud solutions in 2009. According to Gamil, the adoption of the cloud means that he is free to experiment with new ideas without spending millions of pounds up front. It also means the small Islamic bank is able to get more ‘bang’ for its buck.

“There’s no direct relationship between the number of applications I’ve implemented using Salesforce.com and the extra cost I’ve incurred,” he said. “We haven’t changed the annual subscription since 2011 – I still pay the same – yet I have almost trebled the applications I’m using on this platform.”

Islamic Bank of Britain originally turned to cloud computing for customer relationship management, encompassing tasks such as claims management. As the bank grew into the project, it began to realise that the same concept could be applied to sales management, including such tasks as opportunity and lead management. It then decided to move customer on-boarding for current accounts and savings into the cloud – a project that began in October 2011 and was completed in January 2012. Finally in July 2013, Islamic mortgage alternatives were added to the cloud (Islamic finance does not charge interest).  However, Gamil says he now wishes the bank had gone further and faster in moving products and services to the cloud.

“If I think back to 2004, if we had known about the potential of the cloud, I wouldn’t build servers and a data centre,” he said. “These are the parts of the business where we still suffer today. No, I’d be far more aggressive in moving things to the cloud. Right now, I’m thinking of reforming the telephony system we use – and I will likely choose a cloud solution, because it’s more reliable and it helps us to stay light on the ground.”

Cloud computing has existed in various forms for many years. But financial institutions and especially banks have historically been reluctant to embrace the cloud, in part due to fears over security. That has changed significantly within the last few years, as a combination of cost pressures and greater familiarisation with the technology has allowed cloud services to grow. Gamil notes that software as a service, platform as a service and infrastructure all have a role to play in making the bank’s operations more profitable.

“Last year, we doubled the book of our business liabilities and assets,” he said. “I don’t know how much of that is purely Salesforce.com and how much is products, but in four years we haven’t achieved that. In one year, we did it and in six months we doubled what we doubled. A good element of that is the platform.”

Another example of the value of the cloud to the bank is the creation of ‘super users’ with access to different parts of the business. The bank has four or five of these individuals, who use the technology to improve aspects of day to day operations. The bank’s weekly customer survey, for example, was moved from spreadsheets onto the Salesforce.com cloud platform. Internally, the platform also serves as the main collaboration tool between different departments in the bank.

Islamic Bank of Britain offers products that are designed to match Islamic Sharia principles. These principles forbid the charging of interest, as well as dealing in products related to vices such as alcohol, gambling, weapons sales and tobacco. In addition, trading activity should be based on a real underlying asset to avoid speculation and communal initiatives such as profit sharing are encouraged.

To meet these needs, the bank uses Misys core banking tools, which at the time of purchase didn’t have an Islamic module – although one was later added. As a result, the bank built its own Sharia products, effectively developing its own Islamic module. According to Gamil, the record keeping, systems and accounting needed by an Islamic bank are much the same as a conventional one. The difference lies more in the presence of Sharia as a guiding principle, which has an important bearing on the way the bank’s services are arranged. For example, the bank may be charging a client for a particular service at a rate that is in line with the industry in the UK, but the Sharia experts might point out that there is no direct correlation between the amount of admin work the bank has to do and the rate being charged – and therefore recommend the rate be reduced.

“Islamic banking’s main selling point may be serving the Muslim community, but don’t forget there’s an aspect of ethical banking as well,” said Gamil. “The advantage of Islamic banking is its purity – it’s very transparent, like a glass of water, and that has attracted a good number of customers that are not Muslims. You can see exactly how we are dealing with your money, and we want to be fair.”