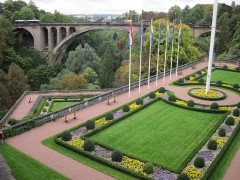 The LSE’s new Luxembourg CSD will increase competition, but may also undermine consolidation

The London Stock Exchange’s plans to establish a new central securities depository in Luxembourg reveal the  way regulation can have unintended consequences – in this case a proliferation of CSDs.

Announced earlier this week, the new LSE facility will use the infrastructure, technology and operational services provided by the group’s Italian CSD Monte Titoli. JP Morgan will be the first user of the new service, which is expected to launch in the first half of next year.

The new CSD is driven by the LSE’s strategy “to diversify, and to offer customers solutions that will enable them to meet new and evolving regulation,” according to an LSE spokesman. “Under EMIR, institutions will face new collateral and margin requirements – this will help them meet those requirements. Clearly LSE Group also holds a leading competitive position in CSD services in Europe – Monte Titoli is a first wave T2S participant.”

It is also driven by competition between JP Morgan,which had previously considered setting up its own CSD, and rival BNY Mellon, which recently announced plans to set up its own CSD in neighbouring Belgium. Industry observers have noted that both firms’ efforts to set up a CSD can be read as an attempt to break into the region’s post-trade market and challenge the status of established players such as Euroclear and Clearstream.

Earlier this year, LSE chief executive Xavier Rolet cited “regulatory change” as an impetus for the group’s moves into the post-trade space, represented by the group’s acquisition of London clearer LCH.Clearnet, as well as the new CSD in Luxembourg. The primary source of the change in question is the European Commission’s EMIR reform to derivatives markets, which requires central counterparties to hold collateral assets posted as margin or as default fund contributions at a CSD. The rules are intended to reduce systemic risk in financial markets by moving the bulk of formerly OTC derivatives onto centrally cleared and reported platforms.

Exchanges that control clearing and settlement stand to gain from the arrival of an influx of new derivative products onto their platforms. However, European regulators have previously expressed their desire to reduce the number of CSDs and CCPs in Europe.  In March, equities clearing houses EMCF and EuroCCP agreed to merge, while the onset of T2S, currently due in late 2014/early 2015, can be seen as another form of consolidation. Plans to reduce the number of providers are undermined by the arrival of another entrant to the market, according to industry sources close to the situation.

While the arrival of another competitor should bring about reduced costs for market participants, the LSE’s acquisition of LCH.Clearnet points in the direction of vertical silos, similar to those operated by German exchanges Eurex and Deutsche Börse, though the LSE open access policy means that users are not constrained.  Regulators have been concerned about the anti-competitive nature of such arrangements. Originally, EMIR was set to contain provisions demanding that such silos be opened up and free access be provided to all; however those sections were later toned down, and the final technical standards for EMIR remain to be decided.

At the same time, exchanges have been seeking to diversify revenues over the last several years, as declining incomes from equity trading have hit bottom lines. Post-trade services was the second-largest source of income for the LSE in 2012, accounting for 28% of group revenue (£228.5 million). Capital markets represented 37%, (£301.9 million), information services 27% (£218.9 million), technology services 6% (£52.6 million) and other (£12.9 million), according to the group’s annual report.

It remains unknown exactly what products and services the new CSD will provide; the LSE has indicated that it will support a full range of assets.

Raffaele Jerusalmi, chief executive of Monte Titoli, said: “The group is well placed to provide a full range of post trade services to meet the evolving needs of our customers arising from on-going financial regulatory change and the continued focus on operational efficiency.”