House of Commons HFT tax proposal “not good for market”

Market participants have condemned a proposal in the UK House of Commons that calls for the UK government to consider implementing a tax on high-frequency trading activity in the country.

The Kay Review of UK equity trading attempts to address concerns that asset managers are not working in a way that benefits the long-term health of the companies in which they invest. Based on this, it sets out a series of principles and recommendations – including a suggestion that more investigation should be carried out into the merit of a UK financial transaction tax.

While the Review itself does not carry legal force, a response published by the House of Commons on Thursday strongly encourages the UK government to adopt Professor John Kay’s recommendations.

Concerns over the possible impact of HFT on securities markets are not new. Many market participants have been gravely concerned about the issue for several years, and the issue has been widely debated within the industry. In April last year, Brussels-based public interest body Finance Watch produced a paper entitled ‘Investing not betting’, in which it argued that HFTs are hurting the real economy by stealing money from longer-term investors. Earlier research by CA Cheuvreux has also indicated that HFTs generate huge amounts of market “noise” that makes it difficult for buy-side firms to discern genuine liquidity.

However, according to Christian Voigt, business solutions architect at trading technology company Fidessa, introducing a financial transaction tax is the wrong way to approach the question.

“A financial transaction tax is not good for the market,” he said. “It raises the cost of interacting with the market, and it makes markets less resilient. HFT is not a strategy, it’s a technology. Trying to clamp down on HFT will just hurt innovative businesses. It’s more important to focus on making IT systems safe, and that is something the industry is already doing.”

The so-called ‘Tobin Tax’ was originally intended as a Europe-wide tax that would apply to all 27 member states, set at 0.1% for shares and bonds. However, the measure failed to gain unanimous approval from EU members, prompting a core group of 11 countries – Germany, France, Italy, Spain, Austria, Portugal, Belgium, Estonia, Greece, Slovakia and Slovenia – to push ahead with the proposal. The UK chose not to take part in that initiative – a decision which has resulted in the Kay Review proposals on HFT causing an element of surprise, according to Voigt.

“The UK didn’t participate in the European transaction tax for good reasons,” he said. “It was a sensible choice, but now the UK is considering a new FTT proposal that differs from the European one, potentially adding even more complexity to the market.”

Several other European countries have also introduced their own separate rules in recent months. In May, Germany introduced a new law on HFT that requires HFT firms to register, and to provide details to the regulator of the algorithms they are using. While Voigt considers that a more sensible move than an outright transaction tax, he warns that separate moves in Germany that pre-empt MiFID II risk undermining the common European rulebook – especially when combined with other unilateral initiatives in Italy and France. 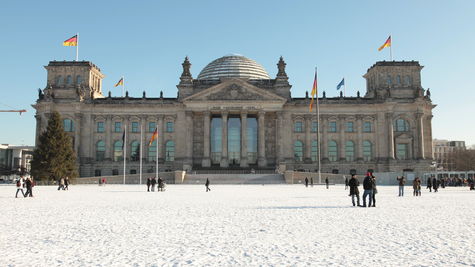 Germany introduced its own rules on HFT in May

“We need to remember the global context,” he said. “There is no sense in one country doing something alone, because business will just move elsewhere. MiFID was so successful because it worked to create a level playing field across Europe. Now with Germany, Italy, France and the UK each introducing their own separate measures, each new move adds more complexity and that’s not beneficial to the market.”

Italy introduced charging for firms that exceed a pre-defined order to cancel ratio of 1:100 in April last year. Meanwhile, France unilaterally introduced a financial transaction tax in August 2012, the effects of which have been widely debated since. Some observers have contended that the tax caused a precipitous decline in French stock trading volumes, while others point to a general European downturn that would have affected France anyway, regardless of the tax. Still others point out that two of the largest businesses allegedly active in HFT – Societe Generale and BNP Paribas – are exempted from the tax because of their role as market makers, making the whole question redundant.

However, the tax was thoroughly derided by financial market participants and major financial institutions such as asset managers, who argued that its cost would simply be passed on to the end consumer rather than paid by the large global banks – and that it might simply further depress lending and economic activity in an already strained economic environment.

“Tackling youth unemployment would be better served by encouraging financial services firms to offer apprentice schemes rather than crushing banking institutions,” said Rebecca Healey, senior analyst at research house TABB Group. “Even a revised FTT will not collect the funds it claims – it fundamentally goes against market behaviour. If the tax is reduced and imposed purely on equities and bonds, the incentive remains for market participants to shift to alternatives, either in terms of asset class or geography.”