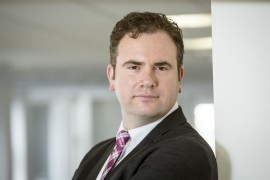 Authentication, risk management, transaction integrity and cardholder verification, are the four features that define the EMV standard, specified by EMVCo, the organisation that manages the EMV standards and associated compliance processes. These are designed to protect merchants, acquirers and cardholders from fraudulent transactions. However, closing the loop on fraud altogether will be almost impossible without a ubiquitous and global effort, writes Jeremy Gumbley.

Since its inception, EMV has proven to be a key factor in reducing fraud levels. Regions already deploying Chip-based cards have seen a dramatic reduction in fraud, simply because cloning cards is much more difficult compared with the old magnetic stripe standard. Europe is currently leading the way with 81% of cards already EMV-enabled, followed by APAC with 37.2% and Africa and the Middle East, which are in the early stages.

In recent months, the U.S. has been at the root of the EMV discussion. With adoption rates in the early stages, the U.S. is one of the last major economies to make the transition. As a result, it has found itself subject to fraud migrating from mature EMV markets, exposing itself as a point of weakness for fraudsters. In 2012, 20 U.S. states reported an increase in ATM fraud via skimmed cards according to analytics vendor Fico. Meanwhile, EMV in the UK has seen fraud decrease from £169.8 million in 2009 to just £42.1 million in 2012, according to Financial Fraud Action UK. Despite this, the UK is still plagued by skimmers, with attempts to steal card holder data from ATMs tripling, from 2,553 to 7,525 incidents over the past year. Fraudsters can use data from the mag-stripe, which remains on Chip-enabled cards, to then clone cards and use them where mag-stripe payments are still accepted. Therefore, as long regions such the U.S. continue to accept mag-stripe cards to withdraw cash, there will remain a global issue of fraud migration.

The many challenges on the route to compliance are reflected in the staggered adoption rates across different markets and industry experts have begun to question the cost benefits of such a complex implementation. However, there is another concerning trend to consider. Those behind card fraud are also often behind large organised crime units and the money obtained only funds further criminal activities. Therefore, there is the fundamental issue of global social responsibility, which the payments industry is in a prime position to address. By doing this, it can deliver the EMV benefits to merchants and banks, as well as protect cardholders.

Yet a question remains – why has it taken so long for some of the worlds largest industrialised countries to adopt EMV? The cost and sheer scale of implementation, especially for a country as vast as the U.S, is a primary restraint. Both hardware and software are affected, including every device, application and payment system. Some of this may need modifying or replacing completely, while banks must reissue the payment cards.

Rigorous testing and certification of terminals to become EMV ready, as enforced by EMVCo, is a further hurdle. All of this is a time consuming and expensive process that organisations must be prepared for as certain testing stages such as the MasterCard M-TIP (MasterCard Terminal Integration Process) can be particularly laborious. It can take up to sixteen weeks to complete in an EMV mature market, , potentially causing a certification bottleneck. Ultimately, EMV will only truly benefit the industry as whole if all regions embrace the standard and work collaboratively to stamp out fraud. Although the U.S. is making steady progress, it is well-positioned to take advantage of being able to deploy tried and tested approaches to migration. . This unified approach across a global payments chain will ensure that everyone gets the full benefit and protection EMV was designed to provide.