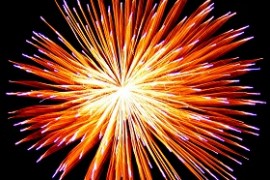 The DBCE is expected to be commercially available in Q1 2014

German exchange group Deutsche Börse has announced what it claims to be the world’s first vendor-neutral marketplace for cloud services.

As of Q1 2014, German companies will be able to purchase infrastructure as a service from multiple providers through the online marketplace, set up as an independent company called the Deutsche Börse Cloud Exchange (DBCE), and Deutsche Börse will be managing all of the transactions on behalf of the service providers.

The company has launched an early adopter programme which has attracted participation from notable companies like Equinix, Host Europe, Leibniz-Rechenzentrum, and T-Systems among other, and the services offered through the DBCE will be aimed at large enterprises in addition to small and medium-sized businesses.

DBCE will partner with TÜV Rheinland to create a streamlined auditing process for services being sold through the cloud marketplace.

“Trust will be one of our key success factors for the acceptance of the marketplace,” said Michael Osterloh, chairman of the German Stock Exchange Cloud Exchange. “That is why it is important to have a partner TÜV Rheinland on our side. Specialists in information security have the know-how to this requirement to meet,” Osterloh said.

Customers will be able to specify their service needs on the basis of security and compliance standards (including datacentre location), which it hopes will improve transparency and buy-in. TÜV Rheinland has developed its own catalogue of requirements for security and compliance which adhere to a variety of national and international standards. Interestingly, the company also claims that companies will be able to negotiate specific requirements bilaterally “over the counter,” enabling customisable contracts that will then be prepared by the DBCE.

While there are a number of vendor-neutral cloud markets in operation today, most of them aren’t publicly available to private enterprises. Nasdaq OMX and the NYSE have developed similar marketplaces but they consist of cloud applications geared specifically for the financial services sector or their own organisations. The UK government has developed the Cloud Store (through the G-Cloud framework), which offers a range of IaaS, PaaS and SaaS services through an easy to navigate storefront, but it’s only available to the public sector.