The future of payments: beware of the dud? 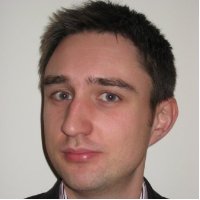 The financial services sector needs to be wary of payments solutions that may be solving phantom problems that are of little relevance to the consumer, according to speakers at the Experian payments conference in London on Tuesday.

“Where is the demand for the mobile wallet?” asked Richard Braham, policy executive at the British Retail Consortium. “Are people really saying it takes too long to get coffee in the morning? I’d say not. Speed is important, but don’t assume we need the technology. Why invest in something you may not be able to use? There’s a lot of sales pitching and not enough reality.”

Mobile wallet solutions such as Google Wallet are still not available in the UK, despite years of development and promotion. Meanwhile in the US, 48% of consumers have used PayPal as a digital wallet but only 41% are even aware of Google Wallet, according to figures released by analytics company comScore earlier this month.

Some solutions do have a potentially wide user base. In May, Google announced that it would integrate support for its Wallet into Gmail, effectively allowing consumers to send funds as an email attachment. Gmail had 425 million users as of June 2012, the most recent available estimate.

The service would not be the first time this has been done; Bank of America, JP Morgan and Wells Fargo have been offering a similar service for two years. But the options open to the consumer are broadening, thanks to the emergence of a plethora of competing solutions such as MasterPass, Google Wallet, Apple Passbook, Wanda (a Latin American collaboration between Telefonica and MasterCard) and V. me by Visa.

However, the main difficulty for proponents of new payment tools is the lack of consumer appreciation of their value, and the fear of the new. Yet according to Kieran Hines, content director for cards and payments and wealth management at Datamonitor Financial, there are already technologies out there that prove that new forms of contextual payment can and will be developed.

“Retail payments is a battleground right now,” he said. “The future will be decided by those tools that integrate best into daily life, like the intelligent fridge that lets you know when you’re running low on supplies; or Glocap, a service that reminds people to take medicine. If the tablets are not taken, it will call a nominated contact, who will find out why you didn’t take your tablet. That’s the future of payments.”

This argument was echoed by Braham, who acknowledged that contactless technology embedded in debit cards has become widely accepted on the basis of its relatively simply usage and low cost for retailers. Building multiple mutually exclusive systems might provide competition, but more work to build an effective framework for the new technology is needed, he insisted.

“If you’re trying to build a secure experience for the customer, yet that customer finds the solution only works for Visa and not MasterCard, the customer tends to end up carrying both,” he said. “We need standards and collaboration to avoid unnecessary duplication. Still, at the end of the day those payments that are most cost effective and meet customer needs will be the winners.”