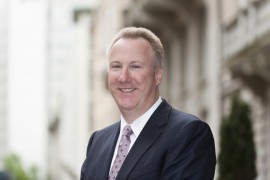 Zeeb: “I don’t think we are going to have enough good quality collateral in the future.”

The post-trade infrastructures behind the world’s securities markets face as much, if not more, regulatory driven change as the trading firms in the face of legislation such as the European Union’s European Market Infrastructure Regulation.

While some of the effects will be negative, the regulators are showing a constructive approach and recognising that the infrastructure providers came out of the crisis well, says Thomas Zeeb, chief executive of Six Securities Services.

“Perhaps not at the EU level, but certainly at the implementation level there is starting to be a greater recognition,” he says. The European Securities and Markets Authority, charged with providing the technical standards for the implementation of EMIR, “is much more pragmatic and actually sees infrastructure providers as part of the solution and not just part of the problem”.

It is a big shift from a few years ago, and recognises the part that they played during the crisis. “None of the infrastructure providers failed during the crisis; in fact we all worked very closely with our competitors to try to make sure that the impact at a fundamental level was minimised. We cleaned up behind some of the messier failures at the bank level,” says Zeeb. “I actually think we did a hell of a job as an industry and I don’t think that for several years it was recognised.

“The discussions between Clearstream, Euroclear, SIS and other major infrastructure providers together with the big global custodians and investment banks was a big contributor to the orderly wind down of Bear Stearns, compared to Lehman Brothers,” he says. “I think it showed the regulators that there are checks and balances in place between the banks and the infrastructures that don’t need to be tampered with needlessly, and now that some of the policies are starting to be implemented we are starting to see recognition that infrastructure can be part of the solution.”

That doesn’t mean that he is fully behind all of the changes that are coming through and has been a notable critic of the Target2 Securities project. “I’m not 100% convinced it addresses the real cost issues, which are a lack of harmonisation on tax, lack of harmonisation on corporate actions processing, and quality of information, he says. “Having said that, T2S is also something that breaks the dominance of the big players because it mixes the cards fresh and it gives the market a chance to position itself, and it gives the regulators the chance to look at the role of infrastructure in capital markets. If that role is to mitigate risk, how do we ensure that we keep the benefits of competition without going too far in allowing competition to increase risk profiles?”

Competition is essential, he says, and Six has laid down a number of plans that will take it beyond being the central securities depositary for the Swiss markets, including a new central counterparty clearing mechanism for securities lending.

“We have to be expansionist,” says Zeeb. “Frankly, the Swiss market is too small to generate enough scale on its own to be competitive in a pan-European context. There is a lot going on because we need to have the scale of the international business to continue to be one of the most cost-effective domestic CSDs in Europe.”

And while he talks of the cooperation between infrastructure providers, the new market structures provide new opportunities that they will be fighting for.

“It’s a small industry and the lines are absolutely open between the different CSDs and CCPs, although we compete viciously for customers,” he says. “Differentiation will be in terms of the service offering, or in terms of risk management – including collateral and all of that stuff – rather than risk mitigation in the event of a systemic failure, though all have an interest in ensuring that there isn’t a significant systemic breakdown.”

The new CCP for securities lending, scheduled for launch this month, steps into a gap created by the closure of the SecFinex platform, for which Six provided clearing services. Eurex has also moved into this space.

Zeeb says SecFinex was a good idea at the wrong time, but changes in the way collateral is managed mean that a CCP has more attraction now.

“Large portfolio controllers have to generate a better return and can only do that if they have a reasonable way of mitigating risk. The old way of taking the collateral and investing it is not going to be viable,” he says. “We have come a significant way forward in terms of agreeing how securities lending can be accounted for, how it should be valued, how it should be collateralised, and that provides a fairly decent basis for believing that now there is a role for securities lending again. It is worth creating a netting facility to take some of the bilateral counterparty risks out of the market. We remain convinced that a CCP can provide value in that.”

Securities lending attracted flak during the financial crisis because it was seen by some as facilitating short-selling. Zeeb says that this is not an issue: “The loopholes on short selling, which have now been closed, allowed abuse that gave securities lending a bad name. But the idea that lending someone something from a long portfolio to cover their liquidity requirements? There is nothing wrong with that: you just have to account for it properly.”

In fact, securities lending will be essential if liquidity in some markets is not to dry up completely as banks shore up capital in response to regulations, which he thinks is one of the most pressing issues facing the industry.

“I don’t think we are going to have enough good quality collateral in the future,” says Zeeb. “Some of my colleagues are more relaxed about it and think that industry stakeholders will come up with securities that are acceptable as collateral but I struggle to believe that: if you accept that collateral has to be liquid, of high-quality, and easy to value, then the spectrum gets smaller fairly quickly – you could always create asset backed securities, but then we’re right up back to where we started.”

He talks of creating a collateral management system that goes beyond the traditional custody model. “That is pretty easy to do if you have the right software and the assets under your control, but if you want to virtually pool the collateral across multiple locations and optimise the usage of that collateral, that’s a very different thing.”

It will also change how CSDs like Six earn their living. “If I provide tools to provide a collateral pooling capability across multiple CSDs, I will be able to tell you what your net exposure is across, say, North America marked-to-market in real-time – that’s a huge benefit. How many banks after Lehman were able to push a button and say what their exposure was? Probably pretty close to nil,” he says. “Being paid for just the transaction is not going to work: getting paid to provide intraday tools and intraday positions, which is still being done bilaterally between individual banks? This is where I think even the small players, if they have the functional capability, have real opportunity.”

But while regulatory changes and market needs are creating such, Zeeb cautions that the future is uncertain.

“There is going to be continual change and I think, though people would disagree with me, that the post-trade space is significantly more complicated than the trading layer,” he says. “Settlement and credit and cash payments and corporate actions and everything else are so interrelated and so potentially messy that it is almost inevitable that legislation introduced over the next year or two will have to be reviewed again when the consequences manifest themselves. It is not a criticism of the regulatory process directly – it is inevitable because anticipating everything that could happen is almost impossible.”