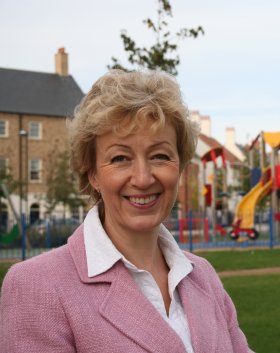 UK Treasury officials and senior bank representatives showed diverging views over the future of retail banking at an event hosted by Experian in London yesterday, revealing differences of opinion about how best to reform the sector.

Andrea Leadsom, MP and member of the UK government’s Treasury Select Committee called for the creation of a shared payments infrastructure into which many core bank functions would be placed – a suggestion that is also currently being discussed at the EU.

“The reputation of banking is at rock bottom,” she said. “Small businesses are starved of lending, consumers are upset with very poor customer service, people are fed up of bailouts and huge banker bonuses. It’s just not good enough. The time has come for account switching, a fully centralised payments infrastructure and full access for challenger banks so that we can drive up standards across the industry through competition.”

Seven-day account switching comes into force in the UK in September, and requires banks to transfer a customer’s direct debits and standing orders to a new bank of their choice within a maximum period of seven days. Proponents of the scheme argue that it will help boost competition by making it easier for consumers to switch banks; according to Leadson, consumers are currently more likely to get divorced than change their bank account. Critics object that it simply imposes yet another unnecessary burden on bank resources, for little or no real gain.

“Account switching is an expensive and unnecessary way to not achieve the objective, which is to increase competition,” one senior business development manager at RBS told Banking Technology over lunch. “The real problem is there’s virtually no difference between current accounts. It would be better to end this ridiculous free banking model in the UK and have customers pay a fee; then at least that would allow for differentiation between retail banking services.”

Uncertainty remains about how far the account switching rules will eventually go, with some parties (including Leadsom) arguing for full account number portability in which the customer keeps their existing account number, while others fret that this would impose an excessive burden on banks to overhaul their systems at a time when many are already struggling with mounting regulation-driven costs.

As for creating a centralised utility for payments, again the divisions run deep between those who see such a solution as more efficient, ultimately benefiting the end-consumer, and those who see it as another step in the wrong direction.

“We don’t need a centralised utility for payments,” said the RBS manager. “The MP is talking nonsense. We need the opposite – we need to encourage competition and differentiation between providers. A single utility is not the way to go.”

The disagreement reflects a wider theme that runs through much of the debate over how to reform the banking sector. Division and even schism between regulators and market participants has become a fixture of discussions in the capital markets in recent years. Informal discussion between delegates at the conference frequently revolved around antiquated banking systems, including examples of ‘green screen’ technology dating back to the 1980s, banks using multiple legacy systems owing their origins to a complex history of mergers and acquisitions, and even pre-decimalisation systems being wound down. Everyone agreed that modernisation was necessary, but few agreed that regulation such as seven-day account switching would help.

“It’s sometimes said that regulation is the legislation of unintended consequences,” said Jonathan Williams, director of strategic development at Experian. “The UK Treasury is having a consultation on opening up payments, which is due to conclude by 25 June – but regulation doesn’t always take into account the needs of business and there’s a danger we could be accepting things that are not in the interests of UK business.”

The UK Treasury consultation later this month aims to improve competition in UK retail banking – a goal widely seen as necessary, given that 80% of the current accounts market is held by four big players.