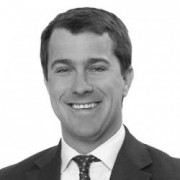 Easthope: brokers must “think the unthinkable” and outsource more of their technology and infrastructure

Brokers need to cut back costs radically, reducing staff numbers and even casting aside parts of their equity business that were once considered core, according to new research by analyst firm Celent.

“In this situation, we believe brokerage firms must think the unthinkable with respect to reducing costs through outsourcing,” said David Easthope, research director and author of the report. “It is far better to assume that any and all IT can be outsourced than to assume none can be outsourced. The industry should look for radical ways to reduce, reuse and recycle.”

In terms of technology, the report recommends brokers should cut back on the number of trading applications they support. In addition, equities technology such as algorithms and smart order routing should be repurposed for other asset classes such as fixed income – a process that is already well under way at many brokers. Trading infrastructure should be outsourced, managed services should be brought in, and full-time support staff should be replaced by consultants with expertise in multiple asset classes.

Infrastructure services such as proximity co-location, hosting, storage and network from providers such as NYSE Technologies and managed services for real time content and data from Thomson Reuters “make a lot of sense”, according to Celent, while other advanced trading applications at the front office can also be outsourced. Brokers should consider putting high performance trading applications in the cloud to reduce cost; Celent also notes that order and execution management systems are being provided by technology firms SunGard and Fidessa.

Other suggestions are likely to raise eyebrows still further – for example, Celent suggests that vendors could support brokerage firms back-testing collectively, as opposed to each firm doing it separately and managing their own data. Celent argues that algorithm back testing in particular could be done in the cloud, while firms that do not develop proprietary algorithms can follow the managed service model and outsource the entire question.

For many banks, such a suggestion raises questions about the security of intellectual capital and proprietary information; however, in the circumstances, Celent’s argument essentially is that these firms no longer have any choice – the alternative is to cease operations entirely.

“We see the use of third parties, and in some cases sharing with clients through managed infrastructure, as the most promising type of recycling,” said the report. “Moving to outsourcing will allow firms to move some elements of spending from capital expenditures, which need to be tightly managed and approved annually, to operating expenditures which can be baked into ongoing budgets.”

Celent’s enthusiasm for cloud technology is based partly on successful precedent, such as Nasdaq OMX’s financial cloud, FinQloud, which was developed in partnership with Amazon Web Services. It is also based on the belief that infrastructure supporting trading is no longer a competitive advantage – infrastructure has become commoditised over the years, and now offers little differentiation between brokers. This includes market data, connectivity and even execution itself.

While it does acknowledge that performance might suffer during radical restructuring – and some applications may never be suitable for the cloud – Celent still suggests that some firms might go so far as to become purveyors of on-demand market infrastructure in the cloud. Yet despite the enthusiasm for new technology, it is difficult to avoid the conclusion that radical restructuring will still be a long and difficult process.

“Ultimately, broker-dealers have the choice of outsourcing hardware, connectivity, algorithm back testing and development, execution as a whole, market data, quantitative functions, support and more,” said Easthope. “This involves a loss of control to some extent. [Restructuring] can be very painful and involve the continuous rationalisation of headcount. But it can also entail powerful cost reduction.”

Celent’s conclusions are similar to a report on brokers released by Tabb Group in December, in which senior analyst Rebecca Healey argued that the traditional brokerage model is being killed off by a combination of diminishing flows and falling broker commissions. According to Tabb group, broker commissions fell by 29% last year.

“There isn’t the flow in Europe to pay for broker services,” she said. “Firms are being forced to rip up the rule book as austerity deepens.”