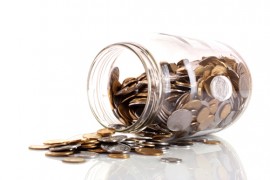 The Alternative Investment Fund Managers Directive threatens to have a significant operational impact on the industry. Fund managers will soon be subject to a host of new requirements including increased KYC and due diligence, better risk and liquidity monitoring, and new reporting and disclosure requirements. However, in the UK the transition looks to be particularly difficult.

As one of the only Member States with a pre-existing framework of fund manager regulation, the UK encounters a unique challenge when implementing the Directive. Therefore, firms will be relieved to know that, though it originally looked like the Treasury might gold-plate the Directive in certain areas, responses to a recent consultation seem to have persuaded it otherwise. As a result, the transposition looks to be much kinder on several key stakeholders, including managers under the asset threshold and entities carrying out depositary functions.

The industry is already responding to the changes. Several larger institutions have begun to offer AIFMD compliance as part of a single, outsourced service. For instance, BNP Paribas has already begun bundling accounting, risk management and reporting services into its depositary offering. These kinds of solutions offer a cost-effective alternative to the kinds of technology and operational upgrades that would otherwise be necessary to remain compliant. However, there is no cure-all and certain requirements will still prove problematic for firms without further clarification.

One of the main uncertainties remaining is how the AIFMD will interplay with other, more established regulations such as UCITS and MiFID, both of which have their own authorisation regimes. For MiFID, Member States have the power to authorise some managers to conduct low risk MiFID activities. The good news is that the FCA has stated it will make use of this power. The bad news is that firms will still have to seek MiFID authorisation to perform the full range of activities.

The picture for firms seeking UCITS authorisation is similarly complicated. The UK government has acknowledged that there is a clear overlap in definitional scope between AIFs and UCITS funds. The reason for allowing this to continue is that firms should not have to apply for multiple authorisations. However, the disadvantage is that the scope of that authorisation is blurred and managers may have to seek clarification on whether they are authorised to do the things they do.

Transposition of the Directive into national law must occur by 22nd July 2013. With this in mind, the Treasury released two proposals for consultation, one in January and a second in March. The first of these raised a number of concerns in the industry, particularly because of the way it threatened to gold-plate an already stringent Directive by including all fund managers, regardless of size.

However, managers of smaller funds can breathe a sigh of relief as the Treasury, recognising ‘concerns around the increasing regulatory burden on small firms’, has relented and chosen to implement a two-tiered system. As a result, anyone managing less than €100 million in AIFs will continue to be subject to only national regulation (unless they choose to opt-in on the AIFMD). Accordingly, it is likely some managers may seek to avoid the increased requirements by splitting their operations into smaller units to come in under the threshold.

But some of the most onerous requirements under the Directive do not apply to funds and their managers at all, but rather to depositaries, whose services all AIFs must now make use of. Those firms affected will need to implement new systems to carry out increased due diligence, monitor client cash flows and give them a single-customer view of client assets. The costs of making the technology upgrades necessary to meet these requirements may see many smaller providers withdraw from the market.

In response to this, the Treasury has again sided with the industry, promising to exercise its power to authorise other entities, which are subject to their own regulation, to act as depositaries for equities and several other instruments. As well as helping out smaller depositaries, this will also be a relief to some groups such as private equity fund managers.

Overall then, there is a lot for UK firms to applaud in the approach their regulators have taken to the AIFMD. It may be the case that, with the UK making the first move on these issues, other Member States end up following suit. Therefore, even if some questions still hang over the final implementation process, the case has clearly been made for regulatory collaboration rather than coercion.