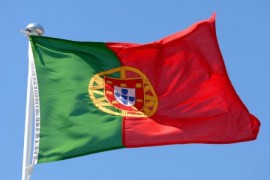 Portugal’s Interbolsa will use Swift tools to connect to T2S

Portugal’s central securities depository Interbolsa is to use Swift’s value added network to connect to T2S, the single European settlement platform due to roll out in 2015-16.

T2S was originally proposed by the European Central Bank to create major efficiencies in settlement, as a counterpart to the introduction of the euro. Interbolsa manages the central securities depository, securities settlement systems and national numbering agency in Portugal.

T2S aims to make post-trade processes easier by offering neutral, harmonised and commoditised delivery versus payment settlement in central bank funds across all European securities. Swift’s  tools allow customers to connect to T2S in the ISO 20022 messaging format. According to Interbolsa, it chose Swift for the smooth adaptation of its IT systems and operational procedures for settlement on the T2S platform.

“We are confident that Swift is the right T2S connectivity solution for Interbolsa, bringing unmatched benefits in terms of resilience and ease of infrastructure enhancement, and we look forward to working closely with Swift to implement its integrated solution, which we are confident meets our specific needs,” said Rui de Matos, member of the managing board, Interbolsa.

The T2S project has experienced several delays in recent months, partly due to the number of change requests submitted by the CSDs as part of the process. It is currently expected that migration to T2S will take place in 2015, with final implementation during 2016.

Despite the difficulties, recent months have seen major financial institutions moving closer in their preparations for T2S. In November, Citi chose to use Swift’s Value Added Network service to connect to the project. Swift holds a connectivity licence for T2S, and will build the network that will link CSDs with the ECB and charge fees to users.

The alternatives are direct connection  or the rival solution offered by Colt and Italian financial technology firm SIA.