The cost to fully upgrade the financial industry’s infrastructure to make efficient use of collateral will reach $53 billion, according to new research by Celent – but too much standardisation could do more harm than good, warns SIX Securities Services.

The Celent report, Maximising Collateral Advantage: A Survey of Buy Side Business and Operational Strategies, found that buy-side firms are changing the way they handle derivatives and allocate assets, as additional requirements for initial margin and new compliance demands begin to hit home.

These changes are being driven by a slew of new regulation, much of which attempts to strengthen the resilience of banks and correct the systemic weaknesses exposed during the financial crisis. Basel III requires banks to deleverage and set aside more capital; Dodd-Frank in the US and EMIR in Europe require the bulk of OTC derivatives to be standardised, centrally cleared and reported and where possible traded on exchange-style platforms. Some 90% of firms reported strong pressures from aggressive regulatory changes, according to Celent.

All of this requires collateral – as much as $6.7 trillion, according to research by financial consultancy Finadium, rising to $11.2 trillion in stressed market conditions, according to separate estimates provided by the US Treasury Borrowing Advisory Committee. According to Celent, the burden will be particularly onerous; respondents expected 100-150% growth in margin call traffic, despite the fact that some firms would struggle to cope with even a 50% increase. Asset managers surveyed also expect a 20% increase in the cost of collateralisation as firms scramble for scarce collateral. Such figures have led to widespread talk of a collateral shortfall – and to various industry initiatives designed to plug the gap.

In April, Standard Chartered enlisted Clearstream and Euroclear to a new scheme designed to help investors margin their exposures from a single, larger collateral pool. Meanwhile, Citi has recently introduced segregated collateral custody accounts to help improve the efficiency of collateral and formed its own deals with Clearstream and Euroclear. In addition, in January the central securities depositories of Germany, Spain, Brazil, South Africa and Australia formed a Liquidity Alliance that aims to tackle the global collateral shortfall.

However, SIX Securities Services has warned that changes prompted by the new regulatory environment may result in commoditisation of collateral management – with potentially deleterious effects for market participants as different providers descend into undifferentiated price competition, reducing the quality of risk mitigation that collateral management then provides.

“Collateral management is far more than just providing a view of, and netting, multiple streams of collateral across silos,” said Robert Almanas, head of securities finance solutions, SIX Securities Services. “Collateral management controls counterparty risk exposure more efficiently and ensures that market and operational risks are mitigated. Tri-party collateral management systems completely ring-fence a financial institution’s assets, protecting them from co-mingling and, in the event of a default, allow segregated assets to be easily identified and returned to their owners.”

In March, Almanas warned that a decision by the Basel Committee on Banking Supervision to include assets rated as low as BBB-minus bonds in the definition of high-quality liquid collateral risked sowing the seeds of the next financial crisis. Calling into question the concept of a collateral shortfall, Almanas asked whether it is the case that there is not enough collateral, or whether it is just that the industry needed to use collateral more efficiently. Breaking down siloes and resolving inefficient use of collateral should be a priority, he added.

According to the Celent research, firms cited a need to focus on collateral efficiency (67%) and operational efficiency (62%), with an emphasis on improving efficiency at the core around margining processes. The number one competitive advantage will be the degree of automation and efficiency in how firms manage collateral, concludes the document. 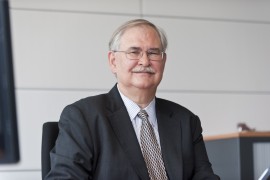 Almanas: commoditising collateral management may not be a good idea

“The differentiator between winners and losers will entail frontline strategy decisions that are enabled by timely collateral inventory information and margining operations, as opposed to firms that may face limitations on what/how/where they trade”, said Cubillas Ding, research director at Celent and author of the report.

Despite the ongoing rollout of the regulation by stages in Europe and the US, many firms are still not ready to deal with the new rules. Some 48% of respondents have not completed operational preparations to cope with margin call increases or new regulation, while of those that have, firms cited margin call inefficiencies (43%) and limitations of existing systems (38%) as the most significant remaining challenges.

“Whatever the end game looks like for the industry as a whole, collateral will feature as a key influencer of changing trade economics, and could result in a “direct line of impact” to buy-side portfolios and financial returns,” said Ding. “Buy-side firms need to act now to automate to mitigate the potential downsides and position themselves to exploit opportunities that the emerging market regime brings.”

The technical standards for EMIR came into force on 22 March, after which CCPs will have six months to apply for registration. Once that takes place, a 90-day period will follow in which market participants are given notice that they must clear all products covered by the new rules. It is estimated that market participants will be bound by mandatory clearing obligations by Q1 next year.