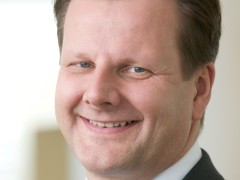 UBS has appointed Oliver Bussmann as group chief information officer, replacing Michele Trogni, who is retiring after 25 years at the bank, the last four of which she spent as head of group technology. Bussmann will take up the post at the beginning of June.

Bussmann joins from software vendor SAP where he has been global chief information officer since 2009. Prior to SAP, he spent nine years at Allianz Group where he held a number of technology roles in various regions and divisions. Before that he worked at both Deutsche Bank and IBM.

Koerner also thanked Trogni and commented, “Michele has been a key leader in the firm during times of both crisis and of growth, successfully leading functions in the Investment Bank and at Group level. I would like to thank her for the outstanding contribution she has made to UBS during her distinguished career with us.”