Spain: the next generation of payment technology? 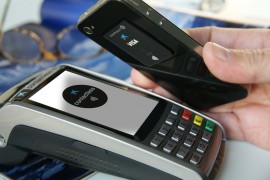 The world is embracing digital technology in every area of economic and social activity, including those that appeared impossible to convert to a digital format completely, such as payments. The widespread use of smartphones and their impact on consumer behaviour shows that a new digital way of life is spreading around us faster than we can imagine, writes Miguel Angel Pozuelo, head of new product and service development, CaixaBank.

It is not only a question of trends: new payment technologies, including both contactless cards and new mobile payments, add real benefit to consumers, increasing convenience and security in daily transactions.

While countries such as Finland and Denmark have traditionally been the first to embrace cashless payment methods, Spain is now forging ahead into the next generation of payment technology. The country provides an insightful case study of how banks and retailers can take the lead in encouraging consumers to adopt innovative payment methods.

Paying for goods and services is strongly governed by consumer habit, but when banks work on technology that provides convenience and added value to means of payment, behaviour can change rapidly. In Spain, this has been amply demonstrated by the progress that has been achieved by boosting innovation on new payment methods.

Contactless technology is a prime example of how technology can make things easier for merchants and customers, as it combines two key benefits: efficiency and security. Contactless is considered the fastest card payment system available and it is useful for all kinds of payments. For purchases of over €20, users are required to enter their card PIN number to validate the operation. For lower value transactions users can complete transactions by simply tapping their card to the in-store terminal.

As a result, contactless payment technology is swiftly catching-up with the use of physical cash in Spain, edging out notes and coins where they might have been used to pay for smaller items. Both merchants and consumers have come to realise the tangible difference that it can make to the efficiency and revenues of their business.

Low value contactless payments are particularly beneficial for businesses which serve large numbers of customers in quick succession, such as fast-food outlets, taxis, newsstands, cafes and restaurants. This is because offering contactless enables them to minimise queue times and prevents the loss of customers who may not be carrying cash.

Barcelona became one of Spain’s first “contactless cities” in 2012, demonstrating that when providers work together, there can be significant take-up of technology from consumers. CaixaBank led a joint initiative between the Barcelona City Council, the Metropolitan Taxi Institute and Mercats de Barcelona. As a result, the city now has 1 million contactless cards in circulation, 1,000 taxis using contactless points of sale (PoS) alongside 40 municipal markets. The technology is used in 17,000 points of sale in every area, from petrol stations to restaurants and supermarkets.

This multi-pronged approach has been particularly important in building consumer confidence with contactless payments. They feature the same security and encryption as Chip and Pin card payments, and banks can and do help by providing stronger safety guarantees (for instance, CaixaBank provides cover for card payments that customers claim not to have authorised).

The potential opened up by contactless technology across a wide range of services in Spain is enormous. Yet again, Barcelona was ahead of the trend, playing host to the world’s first contactless ATM, for which the user taps their card on the terminal to operate rather than inserting it. Once consumers become more accustomed to the contactless method, this has the potential to cut queue times given that transaction times are reduced by 30%, and also improve the accessibility of terminals – there are now 730 in use across the country.

It is expected that the arrival of new NFC mobile devices, which allows users to pay for items with their phone on contactless terminals, will increase contactless payments, despite of the limited number of enabled handsets on the market. Few handset providers have ventured into this space, so the arrival of an affordable, widely accessible handset has the potential to be a significant catalyst for pushing mobile payments to the next stage of its development.

In the interim, banks and technology providers are finding creative ways to push forward mobile payments without the handsets being ubiquitous. NFC stickers TAP Visa contactless, for example, which we have been distributing to our customers, simply uses a sticker which attaches to the back of a phone and immediately turns it into an NFC device. It features the same security and encryption as payment with a card.

This is a simple idea, but it is an important step in making the tap of a mobile device habitual, in preparation for when NFC handsets themselves become more widespread. The Barcelona example shows that contactless payments are not only convenient for cardholders and merchants, but they also help banks to increase the volume of card payments.

2013 has the potential to be a watershed year for the next generation of payment technology. In Spain, the progress achieved demonstrates how quickly consumer habits can evolve when banks, merchants and technology providers work collectively to drive innovation and engagement.