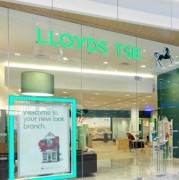 Lloyds Banking Group says it is well advanced in plans for the separation of branches that it had hoped to sell to Co-op Bank in compliance with a European Commission ruling following the state aid it was given by the UK Government.

The bank says that has “made good progress in creating segregated IT systems on the proven Lloyds Banking Group platform” and will now build on that as it revives plans to float a separate business based around its TSB branches.

Lloyds Banking Group has until November this year to divest some 630 branches known as the Verde business and has been working to rebrand them under the TSB brand as a stand-alone bank. “A strong management team is in place and we have detailed plans are in place for a rebranding of the business as TSB which will be visible on the High Street during the summer of this year, at which point the TSB Bank (Verde) will operate as a separate business within Lloyds Banking Group,” the bank said in a statement.

The intention is then to divest the TSB/Verde business through an IPO, an option that has been on the backburner throughout the divestment process.

“We are well advanced in our plans to bring the Verde business to the UK High Street during the summer through the TSB Bank, and will now proceed with the option to IPO the business, subject to the necessary approvals,” said António Horta-Osório, chief executive of Lloyds Banking Group. “The TSB Bank will be an attractive retail and commercial bank that will have around 630 branches across the UK, a strong management team and will be a real challenger on the high street.”

In a statement  Peter Marks, group chief executive of The Co-operative Group, said:”The Verde transaction offered a significant opportunity to The Co-operative and the sector as a whole as it would have created a major challenger bank. It was right therefore, for us to explore it in the detailed way we have. We were, however, clear from the outset that Verde was a complex transaction and that this was not the only option open to us to develop our Bank. We remain committed to driving The Co-operative Group forwards under our clear strategy and, as part of that, we will continue to develop our bank for the long-term, offering a real alternative on the high street with our strong, established brand and our reputation as a trusted financial services business.”

Industry observers said that the collapse of the Lloyds/Co-op deal is a setback for hopes of increasing competition in the UK retail banking market.

“The decision of the to pull out the deal to buy over 600 banks might be good for the Co-op, but it is likely to be bad for the UK retail banking sector.The deal promised to introduce desperately needed diversity of business models in the sector. Healthy banking systems have a mix of business models including co-operatives, private sector banks as well as even publicly backed banks,” said Professor Andre Spicer of Cass Business School .

A real choice in retail banking mean not just more brands, he said, but a diversity of business models. “One of the big problems in the UK banking system in the last two decades was the abandonment of co-op models through demutualisation and the adoption of aggressive business models solely focused on rapid growth and shareholder value. This created some of the worst disasters in the sector such as HBOS and Northern Rock,” he said. “As Lloyds rebuild itself, it is worthwhile for the whole banking sector to consider alternative business models. Simply selling off shares in Lloyds will risk creating another challenger to the big banks willing to take big risks. This may mean we do not learn any of the lessons of the past five years.”

The UK Government recently announced far-reaching plans to reform the mechanisms under which new banking and payment service providers can come to market, including a fast track for those with existing IT infrastructure that can be re-deployed.