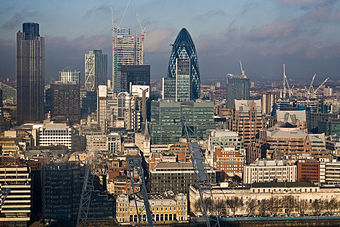 Spring is on the way: London’s FS job market grew in Q1

There were signs of spring as financial services jobs in London showed growth in the first quarter of the year, but March ended with a month-on-month drop.

Morgan McKinley’s London Employment Monitor registered increased recruitment activity in the first quarter of 2013 compared to the last quarter of 2012, with the number of open positions up by 25%. March saw a drop in recruitment, down 7% against the previous month.

“Despite the decrease in jobs being released in March 13, there is still some positive news with financial services vacancies in Q1 showing an improvement on Q4 2012,” said Hakan Enver, operations director, Morgan McKinley Financial Services. “The data indicates a good start to the year, but March 13 was negatively affected by Easter coming earlier than usual, causing it to be a shorter working month and disrupting the process of releasing new roles to the market.

The good news is that the 14% decrease in job opportunities compared to March 12 is the smallest yearly decrease seen in hiring since June 2010 to June 2011. “There are signs that even when job availability falls, it is not declining quite as consistently as previous yearly comparisons. For example, the 7% drop from February 13 to March 13 is an improvement on the 9% decrease from February 2012 to March 2012,” said Enver. “This picture of the hiring market is backed up by what employers are telling us; that there is more appetite to hire and the process is more fluid with fewer obstacles to bringing new talent on board.”

More good news for those changing positions is that the average change in salary for those securing new jobs during March was an increase of 17%. Morgan McKinley says that this indicates that “competitive salary offers are out there for sectors of the market where professionals are in high demand. Governance related functions including risk management, compliance and internal audit, as well as change management – specifically focusing on finance – are areas where talent is still sought after”.

“The significant rise in salary offers in March is positive for the strength of the jobs market. There are further indicators of confidence when it comes to remuneration; not only have we seen more dual offers for City job seekers, but many professionals are now also more self-assured in pushing for much higher pay than they are currently earning,” said Enver.