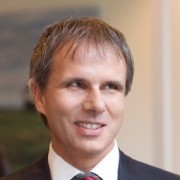 Van Kemenade has 20 years of experience in the financial services and online sectors. Previously CIO of ING in the Netherlands, the promotion will see him CIO for the entire ING Bank.

Van Kemenade joined ING in 2003 as Internet manager at Postbank NV, which was merged with ING in 2007. Postbank operated a business model without bank branches; all customer interactions were done via mail, telephone, online or via post offices. He played a major role in the integration and merger of the two firms.

In the following decade, van Kamenade was director of product management at ING Netherlands in 2008 and COO of retail banking Benelux in 2009.

Tips on landing for a job in a fintech start-up Are you interested in working in fintech but are unsure about the… twitter.com/i/web/status/1…

The @ecb reveals Target2 outage was down to a “third-party network device” in the internal network of Europe’s nati… twitter.com/i/web/status/1…

City Wharf Private Wealth (CWPW) [@CityWharf_PW], a boutique wealthtech, has launched this month with the help of t… twitter.com/i/web/status/1…