Diplomacy needed to secure London’s future as a financial centre 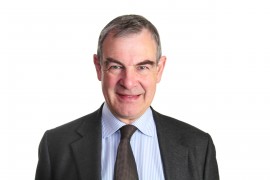 A difficult future for the banking industry, but a potentially great one for London as a financial centre, was predicted by Sir John Gieve, chairman of VocaLink and former deputy governor of the Bank of England, speaking at the opening of Swift’s Business Forum in London today. But the industry must be careful and diplomatic if it wants to have any real say in how the future is shaped.

The industry faces four main issues, each in part driven by another, said Sir John: regulation, politics, economics and technology. While regulatory issues are “now fairly well set in place”, the banking industry should be aware of the continuing anger among politicians, and how that is feeding into regulations that will have far-reaching effects both in the UK and in the European Union.  “What’s really striking when you talk to people at the Westminster end of town is the level of anger that is still there,” he said. Referring to a recent speech by the Archbishop of Canterbury that was highly critical of the industry, he said: “It is not just the Archbishop who is unimpressed by the level of competence and honesty of bankers; the feeling is that bankers just don’t get it, that they are simply waiting for things to go back to normal – and their idea of normal is a world in which bankers are paid considerably more than everyone else.”

He said that while the general shape of regulation is clear – moving trading from OTC to on-exchange trading and central counterparty clearing, for instance – there is debate among regulators about where to go next, and signs that the political pressure is driving regulation in the direction of more directive regulation: splitting banks up, insisting on minimum lending levels and so on, he said.

An example close to his heart as chairman of VocaLink, he said, is the apparent change in the UK towards the governance of the payments system. “Last year the Treasury said we needed another committee to run a collaborative payments system, but this year they want to go for a regulator that can examine cost bases, change operators and so forth.”

More subtle are the arguments about how regulations will be implemented and how far individual governments will push individual country agendas. Pretty much all of the regulation that has happened over the past five years has been “more of everything – more capital, more liquidity, more transparency”, he said. Now, “there are some big questions even in the heartland of the prudential agenda, even in the Bank of England, there is tension between those who think that more of everything is enough and those who think that maybe we need something cruder and simpler – and that talk is stronger in London and Zurich.”

As a result of the continuing antipathy towards financial services among the political classes, there remains doubt about the future of the banking model in the UK. “It is not clear how much structural change is going to take place in our major banks,” he said. “That will take place in the context of their Recovery and Resolution Plans, and it is not clear how much simplification there will be.”

Another aspect of regulatory change is that there seems to be increasing fragmentation among global regulators. “International uncertainty has been quite closely controlled by the Financial Stability Board, the Basel Committee and the G20, but we are already seeing signs of the usual US exceptionalism and Europe has made some concessions on capital levels,” he said.

Technology is responsible for different pressures. “Technology has transformed international banking,” he said. “Derivatives are a product of technology, as is high frequency trading and the growth of the capital markets. All of that is going towards standardisation and commoditisation – particularly in the back office – and that will go towards consolidation and globalisation.”

For London as a financial centre, the underlying trends are still good. “High value activity in financial markets tends towards concentration – people don’t take their trading to the beach, they go where there is a concentration of skills,” he said, adding that while new financial centres ins South America and the Far East are changing the flows of money internationally, “new sources of money means there is more intermediation to be done”.

The bigger threats to London’s position are political. In the UK, it is a threat that politicians see the City “as the cuckoo in the nest rather than the golden goose”, while “the European Union may develop in a way that is unhelpful – it may mandate measures that will drive business outside Europe”. The Financial Transaction Tax is the clear example of this.

For this reason, he said, “we need desperately to focus on diplomacy, winning friends and keeping the EU in line with the broader international agenda; this is not a time for having rows and irritating our European partners”.

For banking as an industry, he is more clear-cut: “Banking faces a duller, safer but embattled future – and one that is less profitable – and is also increasingly disintermediated by capital markets as far as big business is concerned,” he said.