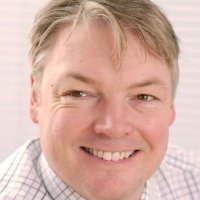 Banks should pay attention to the needs of a new generation of consumers if they want to secure their business lines for the future, according to Mark Hale, head of payments at KPMG speaking at the IPS conference in London on Tuesday.

Generation Y is a somewhat nebulous concept, widely used to refer to individuals born after 1980. The characteristics attributed to this generation include familiarity with technology, a preference for digital tools such as the mobile handset, computers, the internet and other gadgets, and higher expectations in terms of customer service.

“To respond to generation Y, you have to understand them,” said Hale. “Generation Y wants to switch bank account within hours, not days or a week. They want clarity on target costs. They want bank options to be distinctly different from each other, not broadly the same. They expect payments in real time, any time, and they want to use mobile devices to access information via simple and accessible channels, such as youtube. They are the most demanding type of customer – but they are also the happiest and most rewarding, if you can satisfy their needs.”

Differences between Generation Y and the preceding Generation X will inform how individuals save, how they spend, and how they earn. For example, whereas Generation X largely benefitted from free education, a stable long-term career and relatively generous set pension schemes, Generation Y had to pay for its own education, typically exhibits a much more varied employment history, including working multiple jobs at the same time and frequent switches between employers, and will generally be enrolled in defined contribution pensions.

“You need to look at what stage of life your customer is at, what their priorities are and what they are trying to achieve,” said Hale. “Why not offer Generation Y the ability to top up their savings account using their iPad? It’s not going to change the world, but it will start a useful saving habit and that can make a big difference to their future.”

The way Generation Y consumer services – including financial services – is another opportunity for banks that are willing to understand their customers, according to Hale. In the UK, Generation Y is “not frightened” to spend money on mobile apps and other mobile services. They like to interact via IT, rather than by visiting the bank branch in person. They expect to be communicated with via modern channels such as social media sites Twitter and Facebook.

“Generation Y is not completely different from Generation X – they are still going to need the same kinds of services at the end of the day,” said Hale. “What Generation Y wants is a bank that is seen to maximise its returns rather than working against it through hidden fees, complicated charges and inflexible services. Generation Y wants to be involved in product development. Learn to attract them by understanding their behaviour, and they will reward you with their loyalty.”

Indian government takes next step in banning #cryptocurrencies To this end, it has just announced that the ‘Crypto… twitter.com/i/web/status/1…

.@OBExchange Asia formed to further open #banking in APAC region OBE, part of the Konsentus group, is a worldwide… twitter.com/i/web/status/1…