One law for the rich, another for … 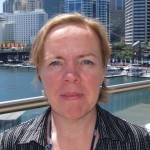 Last month, Bitcoin, a decentralised digital currency, hit a high in terms of value, trading at $40, up from $13 in January of this year and just $0.05 in 2010. Observers attributed the rise to a growing acceptance of Bitcoin among online merchants such as WordPress and Reddit. Bitcoin is also a volatile currency because the number of transactions and overall value of the coins in circulation is relatively low. But for a growing number of people, wary of the debasing of currencies through quantitative easing, alternatives such as Bitcoin are becoming more popular.

One of the main features of Bitcoin is that it is not controlled by a central bank or the banking system in general. Banks as the incumbents of the payments system are being challenged by competitors such as Bitcoin.

The implications of this from a regulatory perspective are examined by Zilvinas Bareisis of research firm Celent in his report, Managing Digital Payments Risk: A Regulatory Perspective. He says that even in markets with well-developed regulatory frameworks, gaps and ambiguities exist in digital payments regulation.

“Significant variation exists between countries in terms of the presence of legislation and regulation targeted at digital banking and payments,” writes Bareisis. “In most developed markets, the regulations governing traditional electronic payments are well established, despite being patchy in places and having evolved over time.”

With new payments systems entrants and mechanisms, risks are becoming more complex to manage, he argues. Any regulatory framework for payments must contain specific regulations aimed at achieving three fundamental objectives across traditional and digital payments:

Digital payments, he says, are more difficult to define “as hundreds of offerings have been developed around the world, all aiming to address a gap in existing payments solutions or use a new technology”.

To help make sense of these offerings – and to help regulators form policy – Celent has developed a taxonomy that places digital payments into five categories. These five categories are seen through a risk management and regulatory lens, which is different from how marketing or technology professionals would see them, writes Bareisis. So while a marketing executive may consider mobile payments as a single category, from a risk management and regulatory perspective such payments could fall into several distinct categories depending on the nature of a bank’s involvement, the source of funds, who manages the underlying account and whether the transaction is charged directly to a customer’s mobile phone bill.

“Celent believes that the proposed taxonomy enables the banks and regulators to categorise new payment offerings based on the key characteristics and rapidly determine the most critical risk management and regulatory implications. As a result, it will help banks and regulators around the world navigate the complexities of new payment offerings and improve their ability to keep payments regulations up to speed with the market innovations,” states the report.

Virtual currencies are perhaps the “most alternative” of the categories, writes Bareisis. Many consumer protection laws do not apply to virtual currencies, or are ambiguous about them, because they may not be considered financial accounts. This category also raises conceptual questions about where the boundary of financial regulation resides or ought to reside.

On one hand, virtual currencies can be compared to other non-bank stored value accounts. Both require pre-loading of funds into a provider’s ecosystem. However, Bareisis contents that a crucial difference here is the currency exchange aspect. With non-bank stored value accounts, the funds remain denominated in a currency used by a country or group of countries. With virtual currencies, “real money” is exchanged for “value tokens” managed and supervised by a private entity. Distributed currencies, such as Bitcoin, which are not issued by any single entity, poses more complex regulatory questions.

“On the other hand, if we distinguish virtual currencies, should the category also include other value tokens, such as frequent flier miles, which arguably can also be exchanged for goods? We contend that the main difference between virtual currencies and miles or loyalty points is that consumers use their ‘real money’ to actively buy a virtual currency, whereas they earn miles and other points as a consequence of purchasing real world goods,” states the report

Banks and regulators should work together, says Celent, to develop new regulation that are based on a specific activity performed by the payments provider in the end-to-end payments value chain, rather than the provider’s legal structure.