Mobile bill payments to grow rapidly and migrate to tablets 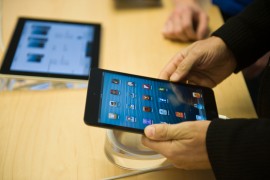 Almost 200 million mobile users will be making bill payments via their mobile by 2017, according to research. According to Juniper Research, there is a growing user acceptance of ‘push’ mobile banking and a sharp rise in tablet adoption that will drive users of transactional tablet banking services.

The report also finds that, adoption of mobile bill presentment and payment (MBPP) transactional banking by tablet users will be higher than mobile handset users, especially in developed regions where there is a higher adoption of tablet devices.

Electronic Bill Presentment and Payment has never really taken off, but the combination of QR codes on bills and readers on mobile devices is seen by many as having the potential of making MBPP work. Barclays has put the capability front and centre of its push with Pingit for Corporates, its mobile money transfer system, and it is likely to feature in the more general service that the UK Payments Council is planning to introduce next year.

However, with banks bundling MBPP services within their mobile banking platform and additional momentum from easy to use smartphone apps, mobile phone transactional banking usage will quickly increase, Bhas added.

The report also forecasted that the number of mobile banking users will exceed one billion in 2017, representing 15% of global mobile handset users, according to the report. The developed markets of Far East and China, North America and Western Europe will have the highest penetration of banking users in 2017, it said.

There will also be significant migration of purchasing and transaction activity from laptops and desktops to tablet devices, as consumer tablet adoption continues to rise.