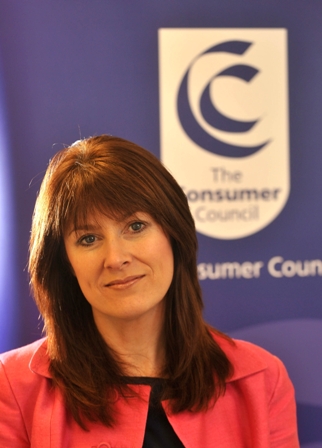 McKeown: lack of consumer choice is still a problem in retail banking

Reforms to the UK’s retail banking industry will help bring greater competition and consumer choice – but more needs to be done, according to delegates at the Westminster Business Forum on the future of retail banking in London this week.

In September 2013, new rules will come into effect that require banks to allow customers to switch their bank account to another provider within seven days. Under the rules, the customer will notify their intended new bank of their intention. Once the customer has confirmed their details for security purposes, the new bank will handle the transfer of direct debits and account information without the need for further action from the customer.

“Customers will have a much greater impact on the market once account switching arrives in September,” said Adrian Kamellard, chief executive at the UK Payments Council. “The way you develop a common infrastructure can help or hinder diversity and competition. Account switching in the UK is an example of the former.”

However, Antoinette McKeown, chief executive of the Consumer Council for Northern Ireland, pointed out that a lack of choice was still a problem, exacerbated by a lack of transparency over products.

“We are still calling for products to be easy to understand and fair,” she said. “If the information available lacks transparency and clarity, consumers don’t see diversity. People need to be able to compare the products on offer so they can make an informed choice. Banks continue to drag their heels around transparency, to the detriment of consumers and competition. Lack of switching should not be seen as satisfaction.”

Statistics from Northern Ireland suggest that customers can still be charged £28 for being overdrawn by as little as £3. If that breaches the customer’s overdraft limit, the customer may then be charged again, making the situation for struggling account holders even more difficult. “That’s not fair banking,” commented McKeown.

In response, Stephen Smith, retail competition and regulatory strategy director at Lloyds TSB argued that banks have been putting in measures to counteract some of the unfairness associated with banking in recent years. Lloyds TSB, he said, had put in tools to help customers prevent falling foul of overdraft charges, including limits for withdrawals, text message alerts and the abolition of charges for customers only slightly overdrawn. Smith added that 70% of UK customers pay less than £100 per year for a current account, but also admitted that the remainder could still be paying significantly more.

“We are trying hard to give customers better annual statements so that they can better understand which current account is right for them,” he said. “We are also working on a new comparison tool for PCAs that is simple to use for customers and should help improve transparency.”

Meanwhile, the UK Payments Council is due to introduce a Mobile Payments Service in spring 2014 that will move money directly between accounts using the established the Faster Payments service, which processed more than 800 million online and phone banking payments in 2012; and the Link network, which processed 3.1 billion real-time ATM withdrawals last year.

“The mobile payment service next spring will provide a much bigger pool of customers,” added Kamellard. “It shows the potential for collaboration to promote innovative change.”

Despite the positive potential, delegates clashed over the potential role of mutual firms in rebuilding trust in banking. McKeown suggested that there is much to be learned from the success of credit unions, which recently came under the protection of the UK Financial Services Authority. But Anthony Thomson, former co-founder and chairman of Metro Bank engaged in a heated discussion with an audience member from Nationwide, in which Thomson insisted that mutual were restricted in their access to capital, and that building societies act in a parochial way that is not in the interests of customers.

“The chief executive can do things in his own interests, that he would never get away with in a shareholder-based company,” said Thomson. “Is the future of competition mutuality? I don’t think so – it’s a bit like Communism. Great in theory, but very rarely works in practice. The solution won’t come from the mutual sector. It will come from where there’s capital.”