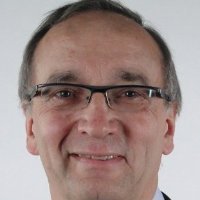 Payments specialist Sentenial has hired former Logica CGI sales director Jean-Pierre Arens to head up its efforts in France, as the Irish firm expands its ambitions across Europe.

Sentenial announced plans in November to spend €20 million over the next 15 months on its plans for European conquest, which included the opening of new offices in Brussels, Amsterdam, Frankfurt and Paris and an increase in its staff from 100 to approximately 200. The company is hoping to capitalise on the upcoming implementation deadline for the Single Euro Payments Area, in February 2014.

Arens joins Sentenial from IT and management consultancy Logica, which was acquired by Canadian IT group CGI in August. Before joining Logica, he was chief executive at interbank business services provider Diamis. Arens also spent 9 years at Steria, a provider of business IT, as well as a further 17 years in various roles at Scitertia, Tandem, Control Data and Data General Corporation. He was educated at the Computer Information Centre, where he studied Computer Science from 1972 to 1974.

“Modernising payments infrastructure is an important transformation journey for banks,” said Arens. “It is not only about making sure that their technology decisions are aligned with their long-term business plan but also taking into consideration integration challenges and their ROI objectives. A service level payments hub should be a business solution supported by the expertise and experience that’s necessary to deliver a world class payments service.”

In January, Sentenial opened new offices in La Grande Arche at Paris La Defense, which will serve as the centre of the firm’s French efforts. Headquartered in Dublin, Sentenial has had London offices since 2006.