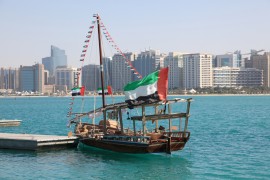 The National Bank of Abu Dhabi is strengthening the resilience of its internal technology as it seeks to embrace mobile and expand its coverage beyond the United Arab Emirates.

Established in 1968, NBAD is one of the larger banks in the UAE. It currently has 120 branches and 490 ATMs across the seven emirates that make up the UAE, including the capital Abu Dhabi and its largest port at Dubai. As part of its plans to reach out beyond the region, NBAD signed a deal with telecoms company BT last month to connect its global operations – a project that involves linking some 50 branches and 60 ATMs in 12 countries to the bank’s centralised IT services in the UAE.

NBAD already had a service provider; the bank is effectively using BT’s Connect portfolio of managed network services to create a second layer of connection between its international operations. Wael El Kabbany, general manager, BT Middle East and North Africa, confirmed to Banking Technology that the link would use fibre-optic technology and undersea cables. The whole project is expected to be complete within a year. 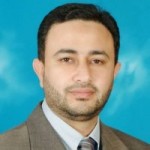 “Communication lines are vital,” said Hossam Elkobrosy, head of IT infrastructure at NBAD. “We have considered various risks, such as a technology failure at one service provider. By adding multiple routes for the information to travel between different parts of the business, we can reduce the risk, build additional resiliency and increase the availability of the network itself. That should lead to better service for our customers.”

At the same time as the bank seeks to build out its resilience, it is also keen to consolidate its services and storage. NBAD already uses a centralised core banking system, in which data is not held at the firm’s international branches but instead is based at the firm’s UAE data centre infrastructure. According to Elkobrosy, the key is to achieve consistency both at home and abroad across all the bank’s services, including retail, investment and Islamic banking.

“We are increasing network centralisation,” he said. “By building low-cost centres, we can achieve our goals. We want to provide the same look and feel and customer experience whether local or international. The same process, the same procedures, these enhance our customer service.”

The other main initiative that concerns NBAD is the technology that connects the customer to the bank. In the UAE, internet banking is one of the main channels for customers to interact with their bank, according to Elkobrosy. NBAD has been giving its customers secure tokens to log into its online banking service for 12 years, which enables them to pay bills, send money both inside and outside the UAE and transfer money from one account to another, as well as from one bank to another. Online banking is also used by corporates, to send money to the bank.

Mobile banking is also gradually gaining in traction around the globe, particularly for foreign workers sending remittances back to their home country. Of the UAE’s 8.2 million population in 2010, only 13% were UAE nationals, according to data provided by the National Bureau of Statistics – suggesting a substantial market for worker remittances. In the UAE, NBAD uses Swift to facilitate its own mobile payments service, called Arrow, which can also be used for domestic payments.

The idea behind Arrow is to let users transfer money through a mobile phone to anyone in the UAE, even if the recipient doesn’t have an account at the bank. Once it has received the information from the sender, NBAD sends a PIN code to the recipient via SMS. The customer can then withdraw the cash from any NBAD ATM.

“Many people don’t have an account,” said Elkobrosy. “This technology can help solve everyday problems for society. Husband and wife can send each other money, parents can send money to their children, and employers can pay their workers’ wages. At the same time, we are well aware that the younger generation are very fond of their mobile devices, and we are trying to reach this segment too.”