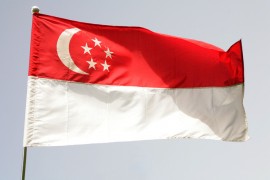 Singapore-listed stocks can now be traded in London

HSBC and Barclays have begun trading Singapore-listed stocks on the London Stock Exchange, using the LSE’s newly-created international board.

The international board is a joint project between the Singapore Exchange and the LSE. On the board, HSBC and Barclays can trade the top 38 companies listed on SGX at the LSE during UK market hours; later this year, blue-chip FTSE 100 stocks from the LSE will become available to trade on SGX.

The idea behind the project is to boost liquidity at both exchanges and make it easier for international investors to access each other’s markets. Unlike the LSE’s international order book, which lists global depository receipts, the Singapore stocks are not listed in London but are directly traded there.

“Providing investors with new and innovative ways to access Singaporean equities during London hours is consistent with HSBC’s broader commitment to provide international investors with access, liquidity and insight to Asian equity markets,” said Rakesh Patel, head of cash equities, Asia Pacific at HSBC. “We are delighted to join London Stock Exchange in supporting this initiative.”

The LSE plans to expand the scheme to cover other exchanges; eventually the aim is to create a single ‘menu’ that lists all the most liquid stocks from all over the world. The exchange also hopes to lure other major banks to the project, although it would not confirm whether any other banks were currently planning to sign up.

Exchanges have been looking for ways to increase their revenues in recent years, as competing trading platforms and declining equity trading volumes have eaten away at their traditional core business. Cross-listing projects have become commonplace; cross-listing deals exist between CME Group in the US and Brazil’s BM&F Bovespa, as well as between Canada’s TMX and various US exchanges including NYSE.

In December, BNP Paribas said that it will provide clearing, settlement and safe-keeping of both Singaporean stocks traded on the International Board, and FTSE 100 stocks traded on SGX. The bank’s plan is to market itself to Singapore-based brokers that don’t have membership of a UK clearing house. BNP Paribas is a member of clearinghouse LCH. Clearnet.