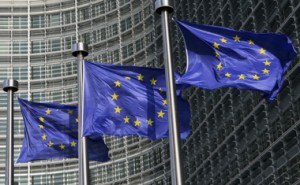 Membership is not crucial to banking union

Andrew Baker, AIMA chief executive, said: “We are pleased that the text of the implementing measures of the AIFMD has been published. This will enable the global industry to make its final preparations for implementing the Directive by July 2013. “

The publication of the final text marks the conclusion of the current EU-wide legislative process and will shift the focus to a national level, with EU member states required to transpose the Directive into their national laws. Depending on the nature of their operations, hedge fund firms may have to comply as early as July 2013 while many existing EU managers may have until July 2014 to apply for AIFMD authorisation.

Baker said that AIMA would be working with the regulators and legislative bodies to ensure that the directive can be implemented. “We have engaged intensively with European and international policymakers ever since the release of the first draft of the AIFMD back in 2009, and while we may not agree with all of the final provisions – notably on areas like depositaries and delegation – it is now important to look forward,” he said. “There is still a lot of work to do, and AIMA will be playing a leading role on behalf of its members.”

AIMA recently announced that it is developing an operational guide to the AIFMD, which will enable hedge fund firms to track their compliance readiness as they approach the deadline. It will also publish a handbook on the Directive that will aim to provide practical guidance regarding the AIFMD’s requirements.

The European Securities and Markets Authority has published Guidelines on key concepts of the Alternative Investment Fund Managers Directive, aimed at clarifying the rules applicable to hedge funds, private equity and real estate funds, clarifying which entities fall under the remit of the Directive.

ESMA has also issued a consultation on Draft regulatory technical standards on types of AIFMs, aimed at ensuring the uniform application of the AIFMD across the EU. These standards distinguish between managers of AIFs whose investors have the right to redeem their shares at least annually (open-ended AIFs), and those whose investors have less frequent redemption rights.